Researchers have created nanofibers that work as a muscle drive. The new artificial “muscles” turned out to be more efficient and flexible than existing analogues. The scientists presented their development in the journal Nature Nano. 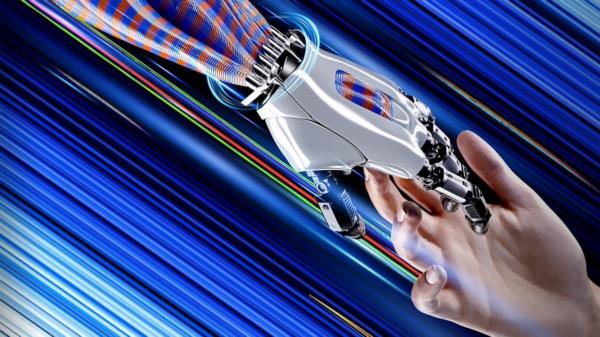 Engineers from the University of Texas at Austin and Penn State University used self-assembly of the block copolymer in the solution phase and crystallization programmed by deformation to create muscle drives. The fibers consist of well-aligned nanostructures with alternating crystalline and amorphous regions that resemble the ordered and striated structure of mammalian skeletal muscle.

A block copolymer is a linear copolymer whose macromolecule consists of regularly or statistically alternating homogeneous blocks that differ in composition or structure. As the researchers note, to create muscle structures, you need to put the polymer they created in a solvent, and then add water. One part of this polymer is hydrophilic (attracted to water), and the other part is hydrophobic (tends to avoid contact with water). The hydrophobic parts of the polymer are grouped together to protect themselves from water, creating a fiber structure.

In their paper, the researchers report that their fibers are 75% more efficient in terms of converting energy into motion, are able to withstand 80% more load, and can rotate at greater speed and force than modern drives. In addition, the new fiber is able to stretch 9 times without damage.

Engineers believe that the development will find application in robotics and medicine. For example, the new fibers can be used in an auxiliary exoskeleton that helps people with weakened muscles regain movement. In addition, nanostructures can be used to create a “self-closing dressing” after surgery. After the wound heals, such a bandage will completely dissolve.

“You can create an arm out of these fibers for a robot that will respond to stimuli and return energy, instead of using a motor to do so. This will be better, because with mechanical control, the robot will have a softer touch,” says Manish Kumar, a professor at the Kokrell School of engineering and one of the authors of the study.