Man has long guessed that nothing lasts forever under the Sun. In the middle of the last century, it turned out that our luminary is not eternal either. After 5.5 billion years, it will slowly expand, and its surface will cool down… 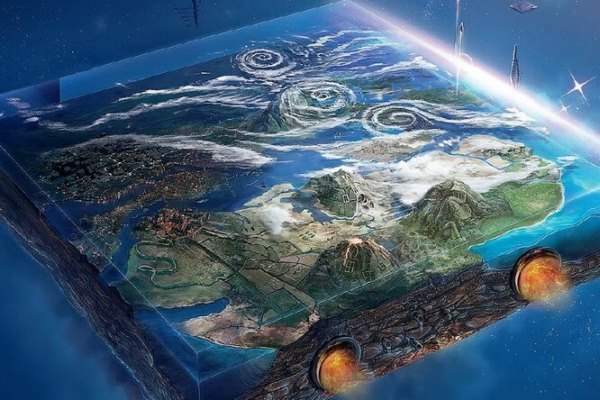 The coming cataclysms do not bode well for our planet. Calculations show that in a few billion years, in the phase of maximum expansion of the Sun, the current orbit of the Earth will be inside its plasma ocean. The fate of the Earth itself is not so clear, but nevertheless tragic. Since the Sun will lose about a third of its mass during its transformation into a red giant, its gravity will weaken greatly. It can be expected that the radius of the earth’s orbit will lengthen by about 60 million kilometers because of this, and the Earth, most likely, will not fall into the solar furnace. However, its surface will heat up to at least 2000 degrees — with all the obvious consequences. According to another model, later the Earth will be slowed down by tidal forces and it will dive into the atmosphere of the Sun.

Flight of the Earth

It seems that these forecasts should not bother us — there are dangers closer. Since the birth of the Sun, its luminosity has been steadily increasing. Already after 1?In 2 billion years, the oceans will evaporate and the surface of the planet will be uninhabitable (in fact, serious troubles will begin much earlier). But, let’s say our distant descendants will somehow cope with this threat. The question arises, will they have to build space squadrons sooner or later to get away from their home planet, or will they be able to save it from burning in a solar furnace?

It turns out that such opportunities exist and are even already being discussed. One of them was proposed in 1982 by M. Taube, a nuclear technology specialist from the Zurich Polytechnic Institute. He recommends turning our planet into a gigantic spaceship and, without waiting for a catastrophe, go on a long journey beyond the orbit of Pluto. Taube believes that this can be done by preserving the daily rhythm of the Earth’s rotation, a change in which would entail global geological cataclysms.

In what way? Taube proposes to put 24 gigantic bundles on the equator at the same distance from each other, including hundreds of rockets with 30-kilometer nozzles. Each missile system needs to be turned on once a day for half an hour before noon local time, and it should work for an hour. As a result, the Earth will be continuously affected by a reactive force directed along its radius vector in the direction opposite to the Sun. This will allow the Earth to move away from the Sun (naturally, without parting with the Moon) along a slowly unwinding spiral trajectory that will gradually take it beyond the orbit of Pluto.

Taube thought through all the details. The energy for such a flight will be provided by thermonuclear reactors — nothing better is expected yet. Each rocket during operation will throw 100 tons of super-hot hydrogen into space every second, flying out of its nozzle at a speed of 300 km/s. Calculations have shown that not so much time will pass from the beginning of the journey to its finish, only a few tens of thousands of years. Naturally, maneuvering the Earth in space will not work, and therefore it will be necessary to destroy or move asteroids that may be in its path ahead of time.

Will humanity have enough resources to realize such a grandiose task? The required amount of hydrogen is 10% of the Earth’s mass. Where can we get it from, if the total amount of this element in the composition of our planet is much less than one percent? Taube suggests extracting hydrogen either on Jupiter or on another giant planet where there is an abundance of it.

Having been a giant twice, the sun will end its life as a white dwarf. Within 2 billion years, the Sun will increase its radius by about 250 times and turn into a red giant. Then it will shrink more than 20 times, turn orange and stabilize for a hundred million years. Then it will expand again, return to its previous dimensions and become a red giant of the asymptotic type. After another 30 million years, it will finally lose stability and quickly shed its outer shells. Only a cooling core consisting of carbon and oxygen nuclei and degenerate electron gas will remain from the Sun.

The Zurich prophet also took care of meeting the energy needs of earthlings at the end of the journey. At first, they will be warmed by the swollen Sun, but what about when only a freezing white dwarf remains of it? One possible solution is to mine deuterium on Jupiter and transport it to the dwarf’s surface in order to support thermonuclear fusion reactions that occur with the release of energy. Taube calculated that such an artificial star would provide our descendants with heat and light for a hundred billion years. And there is no need to worry about what will happen in the future.

In 2008, Taube modified this plan somewhat. In particular, he proposed to stretch the Earth’s journey to the Kuiper belt by 10 million years and there put it into orbit around an artificial Sun created by the merger of a couple dozen gas giants confiscated from other stars. So our descendants have a lot of opportunities. But will there be a desire?

Astrophysicists have found a giant “particle accelerator” inside a solar flare

The James Webb telescope collided with a small meteorite: engineers told about the consequences

Power grids on the Moon: how the lunar base will be powered

Astrophysicists have found a giant “particle accelerator” inside a solar flare

The James Webb telescope collided with a small meteorite: engineers told about the consequences

Power grids on the Moon: how the lunar base will be powered