A group of scientists from the Massachusetts Institute of Technology demonstrated the ability of S. Cerevisiae yeast used in the brewing industry to purify water from trace amounts of lead.

Lead is a toxic metal that poses a threat to health even in insignificant concentrations. The study, the results of which are published in the journal Nature Communications Earth and Environment, showed that one g of inactive dried yeast cells can remove up to 12 mg of lead in aqueous solutions in which the concentration of this metal does not exceed one part per million. At the same time, the cleaning process takes about 5 minutes.

The researchers note that since the yeast cells used in this process are inactive and dried, they do not require special care, unlike other types of “filters” using live biomass. In addition, such yeast is a waste of the brewing industry and is therefore widely available. 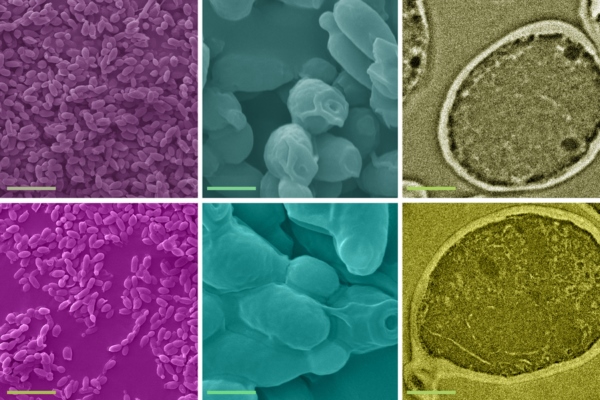 Yeast change after lead absorption. In the upper row there are pictures of “pure” yeast, at the bottom — the same yeast that adsorbed lead. Source: MIT News

The authors of the work calculated that the city, which is home to about 700 thousand people (Boston was used in the experiment), consumes about 750 million liters of water per day. To clean the water supply system of such a city, about 20 tons of yeast per day or about 7 thousand tons per year will be required. At the same time, one Boston Beer Company brewery produces more than 20 thousand tons of necessary yeast annually and is able to fully cover the needs of a large city.

Lead is very toxic, even in tiny concentrations. The growth of electronic waste and emissions from mining increases the concentration of this substance in the environment. Unlike organic pollutants, heavy metals do not decompose biologically, but persist for a long time. At the same time, they are either impossible or very expensive to completely remove by conventional methods, such as chemical precipitation or membrane filtration, the authors note.

The fact is that conventional cleaning processes are not effective enough when the initial concentrations they need to remove are low, on a scale of several parts per billion and below. They either cannot remove these trace amounts completely, or consume a lot of energy and produce toxic by-products.

Patricia Statatu, MIT researcher and co-author of the study

Scientists will continue their research to develop an industrial filter in which brewer’s yeast can be used. In addition, they are working on a technology for the recovery of lead extracted from water for reuse in industry.

A healthy human brain warms up to 41 °C. This is the fever temperature