German scientists from the University of Hamburg said that the zone of abnormal heat in the middle of the ocean kills underwater life. 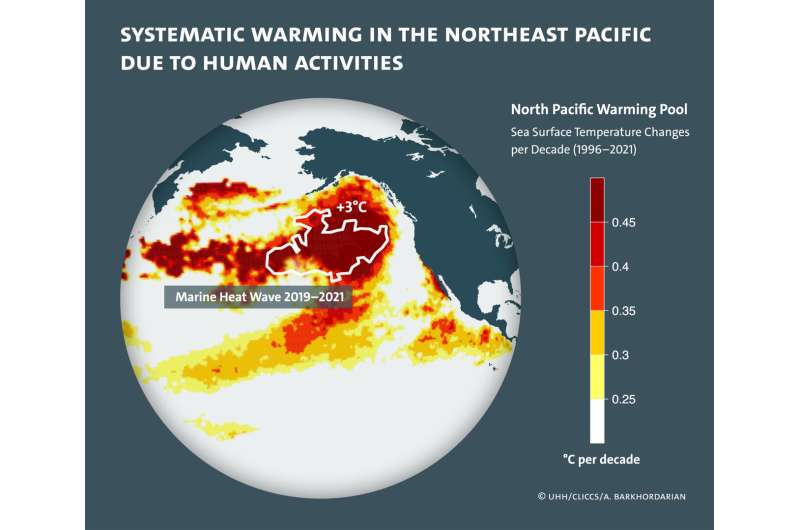 A huge pool of heat was formed in the northeast Pacific Ocean as a result of greenhouse emissions generated by humans. Measurements of experts showed that in the period from 2019 to 2021, the water temperature in there was 6 С above the norm.

For the ocean, such an increase in temperatures could not pass without a trace. Dangerous blooming of toxic algae and mass death of marine mammals and birds were recorded in the region. All together, this has significantly shaken local ecosystems.

Any abnormal changes in the oceans affect other parts of the planet. So, scientists are sure that a heat spot in the middle of the Pacific Ocean caused a severe drought on the west coast of the United States.

In total, 31 sea heat waves have been recorded in that area of the Pacific Ocean over the past 20 years. For comparison, in the period from 1982 to 1999 there were only 9 of them. Now the zone cools much less during the winter months, and summer lasts on average 37 days longer there.