Long-term observations revealed the process of absorption of the planetary system by a white dwarf. Spectral data show that the star G238-44 collects debris left after the explosion, both from the system itself and from outside it. 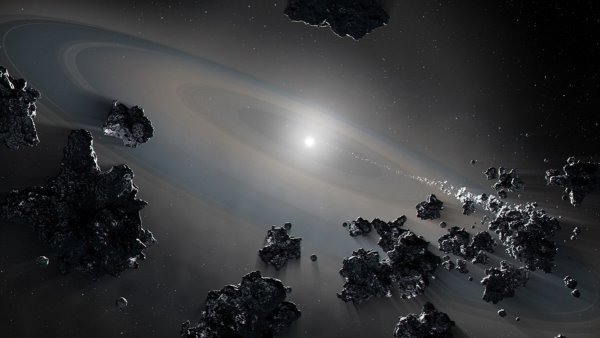 Astrophysicists from the USA and Germany have been analyzing data from various telescopes for several years, which recorded the consequences of the “death” of the star, which resulted in the formation of the white dwarf G238-44. The study showed that the explosion of the original star destroyed the planetary system. Numerous fragments are moving along random trajectories, gradually accreting on the star. A similar future awaits the Solar System.

In the process of evolution, stars like the Sun first expand intensively, turning into red giants, and when all the fuel reserves are used up, they form a planetary nebula with a white dwarf in the center, scientists explain. A star before it dies ejects most of its external material, destroying objects in the planetary system that revolve around it.

In a new study, the results of which were presented by the American Astronomical Society, scientists have shown that the “death agony” of a star is so powerful and destroys and destabilizes the planetary system so much that the formed white dwarf collects debris both from the system itself and from outside it. 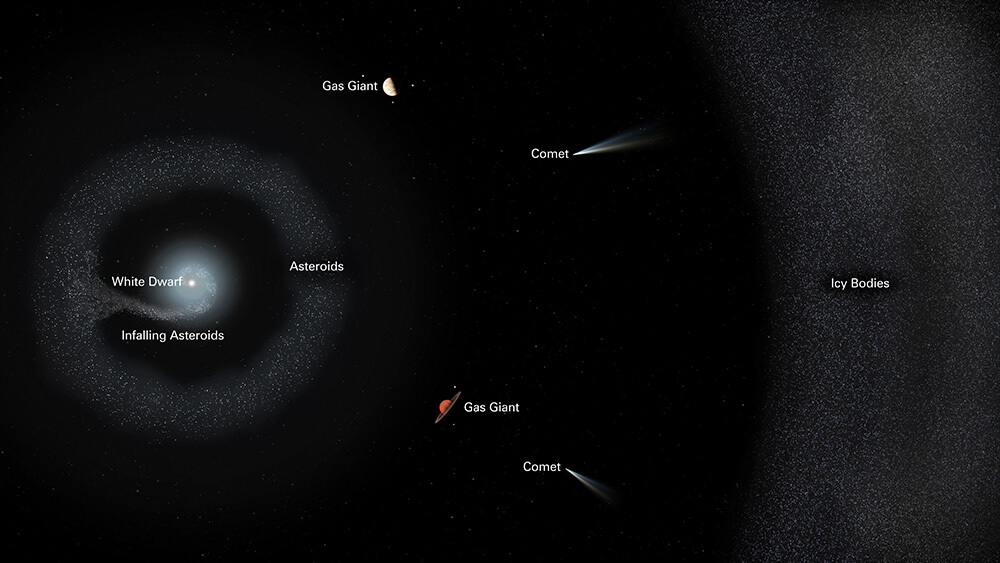 A very weak accretion disk consists of fragments of broken bodies falling on a white dwarf. There may still be larger gas giant planets in the system. Much further away is a belt of icy bodies, such as comets, which eventually also feed a dead star. Image: NASA, ESA, Joseph Olmsted (STScI)

It is noted that the researchers observed for the first time a white dwarf that simultaneously consumes both rock-metal and ice material formed after the destruction of the planetary system. This discovery, as the authors of the work note, is interesting not only for studying the final stage of the evolution of a star, but also in order to understand the composition of planetary systems.

The analysis of spectral data allows us to estimate the chemical composition of objects that “fall” on a white dwarf. The fact that the star attracted not only the stony remains of planets, but also icy objects, shows that ice reservoirs can be widespread in other planetary systems. At least a lot of such objects, apparently, moved in an analog of the Kuiper Belt of the planetary system G238-44.

One version of the development of life on Earth suggests that collisions with small icy objects (comets and asteroids) led to the irrigation of rocky planets in the early Solar System. And, as a consequence, the emergence of life. A new study shows that similar processes could occur in other systems.