Australian scientists have created a catalyst that uses trace amounts of platinum, but works more efficiently than expensive analogues. The study is published in the journal Nature Chemistry. 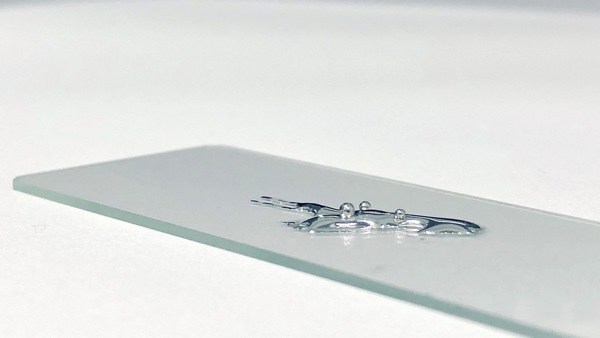 Platinum is one of the most effective catalysts for chemical reactions. But its industrial use is difficult due to the high cost of metal and high energy costs for the operation of platinum systems. Australian chemists have found a way to use tiny amounts of platinum to create powerful reactions without expensive energy costs.

In their work, the researchers combined platinum with liquid gallium, whose melting point is only 29.8 °C. Platinum, which under normal conditions melts at a temperature exceeding 1,700 °C, dissolves in liquid gallium. At the same time, as the researchers note, heat treatment is needed only at the initial stage, when Platinum is dissolved in gallium to create a catalytic system.

Chemists explain that for the use of classical platinum-based catalysts in the chemical industry, it is necessary to maintain a high temperature for the metal to Melt. For a new development, it is sufficient to heat the gallium and Platinum system to a temperature of about 300 °C for one or two hours when creating a catalyst.

There are alternatives to solid-state carbon-based catalytic systems that do not require ultra-high temperatures. However, the proportion of platinum in such systems should reach 10%. And for the effective operation of the new system, according to the developers, 0.01% of the precious metal is enough.

At the same time, during the experiment, the researchers found that the liquid catalyst was 1,000 times more efficient than the solid-state one. It turned out that solid platinum is not formed in the liquid system at room temperature. The precious metal atoms are distributed inside the liquid gallium.

“Platinum is actually just below the surface and activates the gallium atoms around it. So magic happens to gallium under the influence of platinum,” says Andrew Kristofferson, co – author of the paper from the Royal Melbourne Institute of technology

Chemists say that due to its cost and high efficiency, the new catalyst can revolutionize industrial production. For example, it is useful in the synthesis of ammonia in the production of fertilizers and the creation of environmentally friendly fuel cells. In addition, by expanding the new method of creating catalysts, it is possible to obtain more than a thousand possible combinations of elements for thousands of different reactions.