The first experiments of its kind show that the world’s largest predatory fish can change color from dark to light gray in a matter of hours. 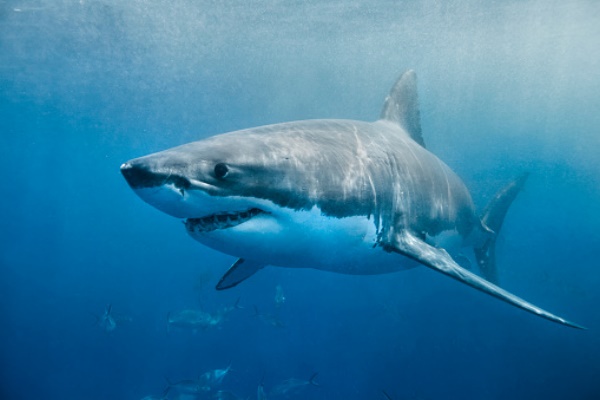 Being the largest predatory fish on Earth, great white sharks are already impressive. They have 300 serrated teeth in their arsenal, and their weight exceeds 2 tons. A new study adds even more uniqueness to these animals, suggesting that they can change color. Perhaps this ability is used by predators to disguise themselves in order to sneak up on prey.

In new experiments off the coast of South Africa, researchers dragged a seal bait behind a boat to encourage several sharks to jump out of the water next to a specially designed colored board with white, gray and black panels. The team photographed the sharks every time they jumped, repeating the experiment throughout the day.

One shark, which is easily identified by an abscess on the jaw, looked both dark gray and much lighter at different times of the day.

The researchers then carefully took a piece of tissue from one of the sharks and examined it in the laboratory. There, the tissue was treated with several different types of hormones found naturally in sharks.

Using a frame—by—frame camera and a confocal microscope, the researchers saw how great white shark melanocytes-skin cells containing pigment-shrink and become lighter under the influence of adrenaline. At the same time, another hormone known as MSH causes the same cells to relax and they become darker. It seems that sharks are actually much more dangerous to marine life than we thought.