As part of the new study, researchers examined 412,000 images from the Digital Archives of the National optical-infrared Research Laboratory, or NOIRLab. 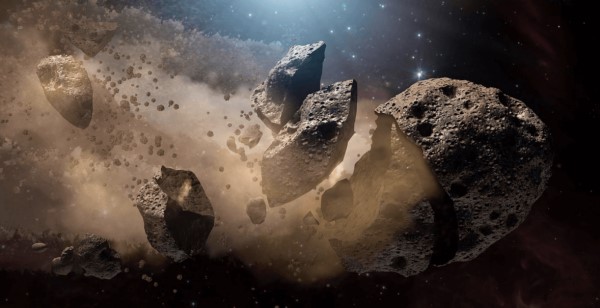 A new computing tool developed with funds from the B612 Foundation has discovered 104 asteroids that scientists from NASA and other space agencies may have missed. All of them are potentially dangerous for the Earth. The name of the foundation is a reference to Antoine de Saint-Exupery’s children’s book “The Little Prince”; B612 is the main character’s home asteroid.

It is noteworthy that this non-governmental space organization uses old data obtained by telescopes, rather than new data, to detect asteroids. So, as part of the new study, they studied 412,000 images from the Digital Archives of the National optical-infrared Research Laboratory, or NOIRLab.

For the study, the researchers used revolutionary computing technology powered by the cloud-based astrodynamic platform Asteroid Discovery Analysis and Mapping (ADAM) to detect and track asteroids.

The ADAM platform is an open source computing system that runs astrodynamic algorithms using scalable computing and storage capabilities in Google Compute Engine, Google Cloud Storage, and Google Kubernetes Engine. The new algorithm used to detect these new asteroids is called Thor (Traclet-less heliocentric Orbit Recovery), it links points of light in various sky images that correspond to the orbits of asteroids. Unlike modern algorithms, THOR does not require a telescope to observe the sky according to a specific pattern in order to be able to detect asteroids. Researchers can now begin systematically studying large data sets that previously could not be used for space objects. In fact, researchers have developed a way to detect asteroids that were hiding in plain sight.

So far, THOR has only been used to analyze one-eighth of the data archived since September 2013, and has detected more than 1,300 potential asteroids. They were then compared to the asteroid catalog of the Minor Planet Center of the International Astronomical Union. While some asteroids were discovered earlier, 104 objects were qualified as new objects, according to the New York Times.

The Minor Planet Center has already confirmed their existence and added 104 of these newly discovered asteroids to its list.