The United States has introduced a new aircraft that will fly at a speed of 11,265 km / h. He overcomes tens of thousands of kilometers in a few hours, but only 12 passengers can fit in his cabin. 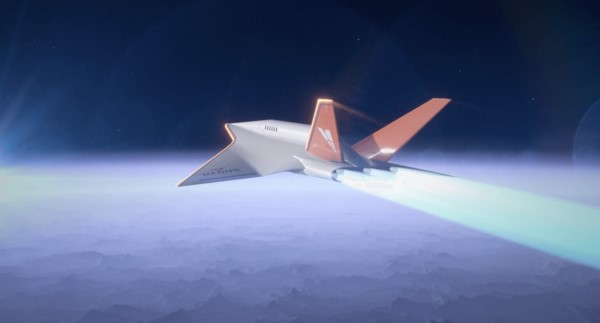 A US company has unveiled a concept and visualization of a hypersonic passenger aircraft called Stargazer, which it will build for commercial use. The aircraft will carry 12 passengers at a speed of 11,265 km/h. For example, the company promises a flight from Los Angeles to Tokyo in 60 minutes.

Although Venus Aerospace describes Stargazer as a “space plane”, its maximum flight altitude will be about 52 km, which is much lower than the Pocket line — the place of the beginning of space.

It is unclear when Venus Aerospace hopes to get a full-scale prototype and when, in their opinion, the aircraft may be ready for commercial operation. The company noted that they also hope to create a hypersonic drone, although no visualizations of this device have yet been presented.

Since its founding in 2020, Venus Aerospace has received $32 million in private funding and another $1 million from the government to help the company achieve its goal of developing a high—speed aircraft.

The Venus Aerospace team consists of veterans of aerospace, military and research activities who are focused on creating a new generation zero-emission rocket engine, an innovative aircraft and an advanced cooling system that will allow Stargazer to take off from existing spaceports without creating new infrastructure.

The company said it had been “rapidly scaling up” over the past year, adding that it had “designed and built a demonstration engine, conducted key experiments in hypersonic wind tunnels and at test sites across the U.S., and launched a ground test campaign at the Houston Spaceport.”