New variants of Omicron BA.4 and BA.5 — subvariants of the Omicron BA virus.2, the spread of which led to the outbreak of the COVID-19 pandemic in winter and spring. The growth of new options apparently related to their ability to infect people who were immune to earlier forms of Omicron and other variants. And only now new mutations have allowed the virus to break through the immune defense. 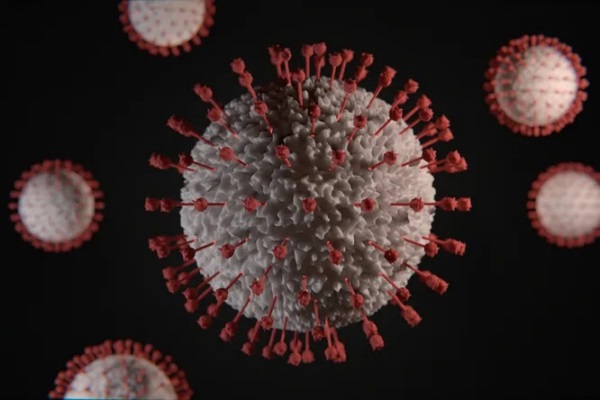 New variants of the SARS-CoV-2 Omicron virus BA.4 and BA.5 — subvariants of the Omicron BA virus.2, the spread of which led to an outbreak of a pandemic in winter and spring. The growth of new novel variants seems to be related to their ability to infect people who were immune to earlier forms of Omicron and other variants. We can say that the Omicron variants are BA.4 and BA.5 still broke through the immune defense. But these options are milder: the number of state hospitalizations and deaths, against the background of the growing number of infected, is still relatively small.

Omicron returns with a new weapon

Just a few weeks after the option Omisgop BA.2 caused a wave around the world, two more new Omicron variants are gaining strength. They were first discovered by scientists in South Africa in April and were named Omicron BA.4 and BA.5. Today, these variants have already been found in dozens of countries around the world, writes Nature in a review article on the new wave of the pandemic.

BA.4 and BA.5 can give a strong outbreak of morbidity, since they can spread faster than other variants of Omicron (we no longer remember about the Delta variant and earlier variants — Omicron completely displaced them). BA.4 and BA.5 spread even faster than BA.2, which caused a global outbreak at the beginning of the year. But so far, the latest Omicron variants appear to cause fewer deaths and hospitalizations than the older variants. According to virologists, this is a sign that the growing immunity of the population is mitigating the effects of COVID-19 outbreaks.

Omicron returns, but already heavily “rearmed” and even more difficult to detect for immunity and for vaccines.

These two variants are genetically closer to BA.2, than to the BA strain.1, which launched the Omicron wave in most countries at the end of last year. But BA.4 and BA.5 carry their own unique mutations, including changes called L452R and F486V, in the spike protein. Mutations can enhance the ability of the virus to attach itself to host cells and allow it to bypass some immune responses.

The very distribution of variants BA.4 and BA.5 appears to be related to their ability to infect people who were immune to earlier forms of Omicron and other variants, Christian Althaus, a computer epidemiologist at the University of Bern, told Nature magazine.

Althaus adds that since most of the world outside Asia is doing virtually nothing to combat SARS-CoV-2, the rise — and the inevitable fall — of BA.4 and BA.5 will be almost entirely due to the population immunity that has been formed at the moment. The number of cases increases when protection weakens, and decreases only when a sufficient number of people become infected and population immunity is developed.

Based on the growth of BA.5 in Switzerland, where the prevalence of BA.4 low, Althaus estimates that about 15% of people will get infected. But now countries are likely to have different immune profiles because their COVID-19 wave history and vaccination rates vary greatly. As a result, the size of the new waves of the pandemic will vary from place to place – from 5% infected in some countries to 30% in others.

How BA.4 and BA are distributed.5 in different countries

Despite the large number of cases of infection, South Africa has seen only a small increase in the number of hospitalizations and deaths during the BA.4 and BA wave.5. Moreover, both Omicron waves turned out to be much softer than the Delta wave. And the last wave of Omicron is softer than the previous one.

In Portugal, where the rates of primary vaccination and booster vaccination against COVID-19 are very high, the mortality and hospitalization rates associated with the latest wave of Omicron (BA.4 and BA.5), similar to the indicators of the first wave of Omicron (BA.2) winter-spring (although still incomparably less than in the early versions). The reason for the high level of hospitalizations in Portugal — demographic: there are a lot of elderly people there.

South Africa has developed a strong immune system. About half of South African adults have been vaccinated, and only 5% have been revaccinated. But even before vaccination, the country had very high rates of infection from earlier waves of COVID-19. As a result, a kind of “hybrid immunity” was formed, which today provides protection from severe forms of the disease. And the population of the country is relatively young.

How well do vaccines work against new variants?

Laboratory studies consistently show that antibodies caused by vaccination are less effective at blocking BA.4 and BA.5 than when blocking earlier Omicron strains. With previous versions of Omicron BA.1 and BA.2 — vaccines coped worse than with the Delta variant. That is, for each new variant of the virus, the vaccines work worse. According to scientists, this could make even vaccinated people vulnerable to new Omicron variants. The research teams explained this by mutations of L452R and F486V in the snaik protein, which make the new variants difficult to detect for antibodies developed with the help of vaccines.

What will happen next?

No one today can say that BA.4/5 is the final version. Perhaps new variants of Omicron will appear, and they will find new gaps in the existing immunity. The researchers identified several regions on the spike protein that are currently recognized by antibodies triggered by vaccination and prior infection, but which may mutate in future Omicron strains. Repeated Omicron infections may create the possibility for a completely different variant of SARS-CoV-2, which is not familiar to people’s immune responses.

Scientists increasingly agree that many variants, including Omicron and Alpha, probably arose as a result of months of chronic SARS-CoV-2 infection, in which sets of mutations can accumulate in one organism that evade immunity and increase transmissivity. But the longer Omicron and its offshoots continue to dominate, the less likely it is that a completely new variant will arise from a chronic infection.

According to Althaus, one possible future for SARS-CoV-2 is that it will become similar to four other seasonal coronaviruses, whose levels vary depending on the season, usually peaking in winter and usually re-infecting people every three years. “The big question is whether the symptoms will get milder and milder, and whether the problems associated with post—ovoid syndrome will gradually disappear,” he says. “If everything stays the way it is now, it will be a serious public health problem.”