Fitness in the majority’s view is a pile of weights, expensive exercise machines, two buckets of sweat and “that’s it, I can’t do it anymore.” However, it is not necessary to puff in a Smith machine or on a treadmill to burn calories. Our brain burns calories perfectly, because it is responsible for one of the most massive absorption of energy reserves: it accounts for up to a quarter of the total energy of the body. It turns out that solving difficult tasks while lying on the couch and looking for a birthday present for your wife is an easy way to lose weight? Let’s figure it out. 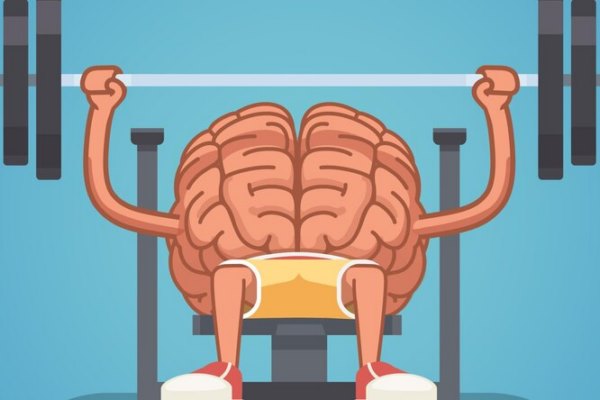 At the Department of Evolutionary Anthropology in Duke University has calculated that when the body is at rest and does not engage in any activity other than breathing, digestion, thermoregulation and reading labels in the toilet, the brain consumes an astounding 20-25% of the body’s total energy, mainly in the form of glucose. This is 350 and 450 calories per day for a woman and a man of average build, respectively. At the same time, in childhood, the brain is even more voracious. On average, at the age of six, the brain can use up to 60% of the body’s energy. This habit of absorbing glucose in large gulps actually makes the brain the most expensive organ in the body in terms of energy consumption, at the same time it makes up only 2% of the body weight as a whole.

Is most of the energy consumed by the brain directed to allow neurons to communicate with each other and with the effector cells receiving the signal through chemical signals transmitted through structures called synapses. Besides, the brain never rests: we sleep, and it still consumes fuel to transmit signals between cells to maintain the basic functions of our body. In addition, the maintenance of the brain is a fleet of cells, and they also need glucose to live and continue to do their job. In short, some expenses.

Okay, the human brain is greedy for energy. But does this mean that the more we use it, the more energy it will pump out and the more calories we will burn? Technically, yes, but only on the condition that the tasks will be really difficult, and not from a 3rd grade textbook, because for the brain, a difficult mental task is far from the same as for you. Previously unexplored routine actions, where the brain is not able to substitute a ready answer based on experience, learning something new – playing the bagpipes, for example, or the Chuvash language – this is an excellent barbell for the brain. Crosswords and tetris are not.

When you learn something new, your brain adapts to increase energy transfer in any of its areas that are activated by training. As we become more skilled at solving a particular task, the brain no longer has to work so hard. Doing this task ultimately requires less energy, and you have to teach him something new again.

There is a myth that a person uses only 10% of the brain, so if you work hard, you can burn many times more calories? Alas, this is true only for security guards at the entrance and those on duty at the escalator. Most people’s brains are working at full capacity. We don’t use only 10% of the heart, liver or lungs, this is at least absurd from the point of view of evolution. But thinking harder doesn’t mean spending even more calories with your head. Against the background of the huge total energy consumption of the brain, the part of it that is necessary only for the thought process is actually relatively small. In other words, learning a new task or doing something difficult is not the most energy-intensive part of the brain’s work. He is able to throw energy into certain areas that are currently active. But the total expenditure in the brain is considered constant.

So can our own brain be considered as an effective simulator as some kind of butterfly? In 1984, the World Chess Championship was suddenly stopped due to the severe exhaustion of Anatoly Karpov, who had lost 10 kilograms in the previous five months and dozens of matches. According to some estimates, chess players can burn up to 6,000 calories in one day, and all this while sitting on a chair for a long time. Stress, which can lead to increased heart rate, rapid breathing and sweating, burns calories along with brain activity. So it is possible and even useful to use the brain for weight loss, but only together with other ways of burning excess fuel.