Weakening of the immune system leads to many different diseases at once. It occurs with age, but there are several factors that accelerate this weakening. 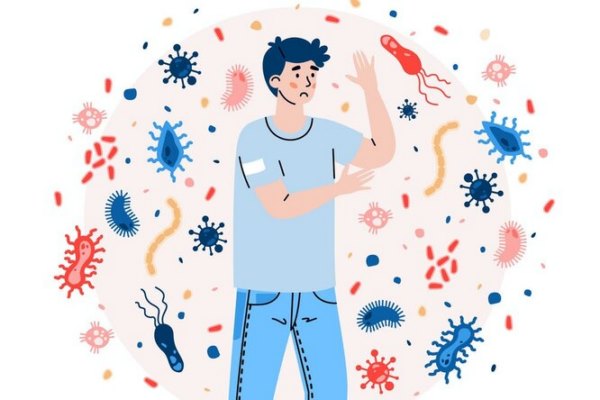 How stress affects the weakening of the immune system

To better understand why people with the same chronological age may have different immunological ages, biologists studied data from the Health and Retirement Study, a large nationally representative survey of American adults over 50. HRS researchers ask participants about various types of stressors they have experienced, including stressful life events such as job loss; discrimination, for example, unfair treatment or denial of care; serious life injuries, such as a life-threatening illness of a family member; and chronic stress, such as financial difficulties.

Recently, HRS researchers have also started collecting blood samples from participants, counting the number of different types of immune cells present in it, including white blood cells. These cells play a central role in immune responses to viruses, bacteria and other pathogens. For the first time, such detailed information about immune cells was collected during a major national survey.

After analyzing data from 5,744 HRS participants who donated blood and answered questions about stress, the scientists found that people who experienced more stress had a lower proportion of “naive” T cells – fresh cells needed to fight new invaders that the immune system had not encountered before. They also have a large proportion of “late differentiated” T cells – old cells that have exhausted their ability to fight antigens and instead produce proteins that can increase harmful inflammation. People with a low proportion of new T cells and a high proportion of old T cells have an older immune system.

However, after scientists took into account poor nutrition and low physical activity, the link between stress and accelerated aging of the immune system was not so strong. This suggests that improving your attitude to your health can help offset the risks associated with stress.