The smallest change in the biochemistry of our body can tell us about a developing disease long before the first symptoms appear — the main thing is to know what to look for and where. Today we will talk about what diseases doctors can determine literally by the smell from the mouth. 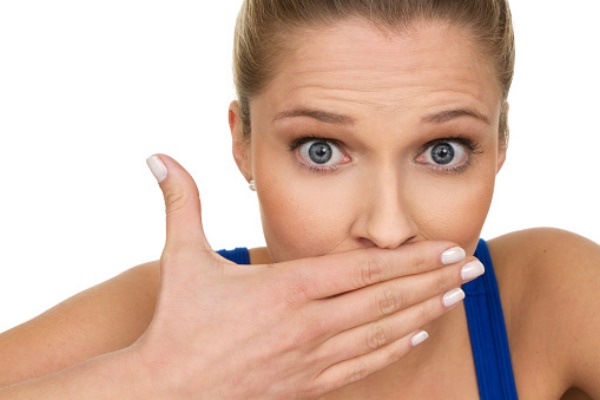 Breathing with the smell of raw fish is a sign that the liver can no longer cope with its work and cannot process toxins. Dangerous substances accumulate in urine, sweat and breath — and give it a specific smell.

Israeli scientists have developed a “NaNose” device that is able to detect lung cancer with up to 90% accuracy, and at very early stages. Moreover, according to the results of a study published in the journal ACS Nano, this device, similar to a breathalyzer, is also able to detect Crohn’s disease, kidney failure, multiple sclerosis and some forms of cancer by smell.

One of the signs of this disease is the ammonia smell of breathing. Researchers from The University of Illinois has developed a disposable device that is able to detect the slightest sign of ammonia respiration and thereby diagnose as early as possible. Now scientists are working to make this device as easy to use and cheap as possible, so that everyone who needs it has access to early diagnosis.

This is a dangerous autoimmune disease in which the body attacks its own central nervous system, leaving a clear trace in the patient’s breathing. According to the study, the results of which were published in ACS Chemical Neuroscience, in most patients with multiple sclerosis, the smell from the mouth changes even at very early stages of the disease.

A smell resembling the “aroma” of stale eggs is a sign of gum disease. Moreover, an abscess can develop in a small “pocket” of the gum, several millimeters in size. Only a doctor can detect and clean it — so at the first signs of stale breath, you should contact a dentist, even if neither teeth nor gums hurt yet.

A specific sweet, “fruity” smell from the mouth may indicate developing type 2 diabetes mellitus: this is a sign of ketosis, when the body begins to extract energy not from carbohydrates, but from fats. It is important to contact an endocrinologist and donate blood for sugar as early as possible — this will allow you to take measures and capture the disease at an early stage.