Xi’an University has built a 75-meter tower in Xi’an to capture solar energy from space with maximum efficiency. This was told by representatives of the university. 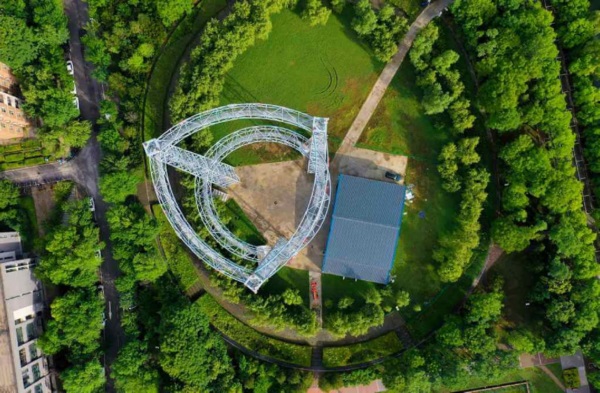 The tower has become the world’s first solar energy verification system that is capable of performing and testing all stages of collecting and transmitting solar energy from space. This ground-based system, the construction of which began back in 2018, was designed to conduct research in the field of “high-efficiency light concentration and photoelectric conversion, microwave conversion, microwave radiation, as well as optimization of the waveform, measurement and control of microwave beam guidance, reception and rectification of microwave radiation.”

The upper part of the tower structure consists of a set of suspended plates that act as a surrogate satellite, focusing sunlight, converting it into energy and sending it to Earth, where it is collected by the rectenna plate.

According to a press release from Xidian University, experts have already evaluated the demonstration of energy transfer due to microwaves at a distance of 55 meters.

The research team has no illusions: to increase the transmission distance from 55 m to 36,000 km (this is the distance from Earth where satellites are located) with sufficiently high efficiency to make space solar energy useful, “it will take a consistent struggle of several generations.” Indeed, today, if a space antenna is deployed to transmit energy, the ground-based rectenn array will most likely have to be several kilometers wide in order to receive a useful amount of energy.

Note that, according to some estimates, a solar panel placed in space will generate 6-8 times more energy than here on Earth. However, there is a problem of returning energy to Earth, since the geosynchronous orbit, in which the satellite is more or less directly above one point on Earth, is located at an altitude of 36,000 km. This is almost three times the width of the Ground and a little further than most extension cords can stretch.