Now a modern electronic prosthetic arm or leg is not perceived as something exotic. And what about the prosthesis of the most complex and important organ for a person? 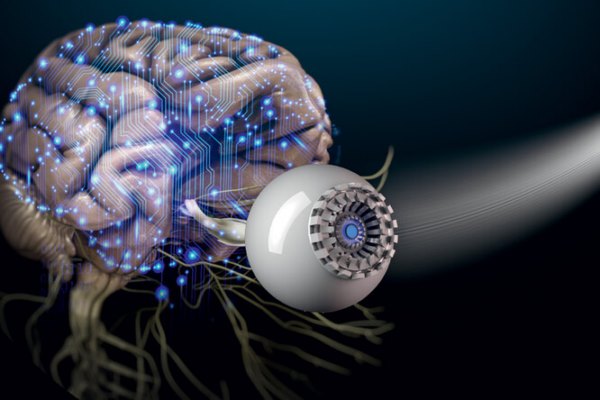 If a person has lost an arm or leg as a result of an injury, medicine has been offering to replace the loss with a prosthesis since ancient times. Over time, the prostheses became more and more perfect — from John Silver’s piece of wood to complex bionic structures controlled by nerve impulses from natural human nerve endings or through an electroencephalogram. Now, if a person’s liver or kidney fails, if the heart dies, they can be replaced with an artificial organ or a donor organ can be transplanted. They replace skin, joints, hair and much more. Nevertheless, there is one organ, the prosthetics of which we are not talking about yet. It’s the brain.

Indeed, sometimes a tiny part of the brain “fails” after a stroke, but this also leads to terrible consequences — memory loss, paralysis, etc. Is it possible to replace at least a part of the brain with a prosthesis?

Alexander Kaplan, psychophysiologist, Professor of the Department of Human and Animal Physiology, Head of the Laboratory of Neurophysiology and Neurointerfaces of the Faculty of Biology of Lomonosov Moscow State University: “The brain is perhaps the only organ of the body for which there are no theoretical or experimental grounds for complete prosthetics. However, this does not close the prospect of creating prostheses, albeit very poorly, but still somehow imitating the original function. After all, the brain is an extremely complex, but rather structured information and analytical device. A computer can be used as an analogue: even if we cannot replace the central processor, but it is possible to assemble a burnt USB port in one way or another from improvised materials.”

In general, the word neuroprostheses means two different things. The first is robotic prostheses, which are controlled by electrodes implanted in the brain, they help completely paralyzed patients. The second is when the electrodes are connected to the remaining remnants of nerve fibers that once went to the lost limb.

However, such neuroprostheses do not invade the territory of the affected brain. The first attempt was made in 2012 by the American neurologist Theodore Berger, who created a prosthesis of the middle part of the hippocampus. However, only in rats and very peculiar. Several dozen electrodes were inserted into the hippocampus of rats. Some of them “removed” electrical activity, some allowed neurons to be stimulated with electrical impulses. Then the rats were taught to remember which of the feeders the food was in. In parallel, the activity of the hippocampus was monitored at those moments when the animal made the right (and wrong) decision, establishing which part of the hippocampus was “responsible” for the memory of the location of the delicacy.

Damage to this place led to the fact that the rat forgot about where its lunch was put. However, after stimulation of the damaged area with electrodes (using a special chip), the animal recalled its successes and found food. Moreover, if the animal simply forgot (this happens to us, right?), then stimulation of the hippocampus with a chip also led to the “inclusion” of memory.

Continuation of the brain The simplest neuroprosthesis has existed since the 1960s. This is a cochlear implant. In fact, it is a hearing aid, but the scheme of its operation is completely different, it helps with the so-called sensorineural hearing loss, when it affects not the “mechanics” of hearing, but its “electrics”, that is, the neural connections between the ear and the brain. A cochlear implant is an electronic complex with a microphone, a processor that receives electrical signals from the microphone and converts sounds into signals understandable to the brain, and electrodes that transmit these signals to the nerves going to the brain.

Pick up the code

In order to properly stimulate the hippocampus, a special “activation code” is needed — the electrical activity of the “incoming” pulse. To do this, Berger measured the activity of the entire hippocampus while searching for a feeder with food. And that’s what a chip is needed for, which transmits the activation code from the “incoming” zone to the memory zone. And we also need a special mathematical model that “extracts” the desired signal from the recorded electroencephalogram and transmits it to the chip. Does this mean that it will still be possible to replace the entire brain by looking at the activation codes for all the skills of the body? In the foreseeable future, it is unlikely.

However, it is quite possible to create some neuroimplants for the human brain that will help to “bypass” the areas affected by stroke (and that notorious middle part of the hippocampus, by the way, is very often affected by stroke) in the next ten years, and several research teams in the world are already working on it. There are several global brain mapping projects, the connectome is gradually deciphered — the order of connection of all brain neurons with each other (by the way, there are more connectome variants than atoms in the universe), auxiliary brain cells — glia, which makes up about 40% of our main organ, are beginning to be studied and mapped. Perhaps the avalanche-like accumulation of all this data will help in a few decades to replace, if not the entire brain, then some parts of it.