Charlemagne, king of the Franks and emperor of the West, noted that speaking another language is like having another soul. Twelve centuries later, they are looking for a scientific justification for his words… and they find it. 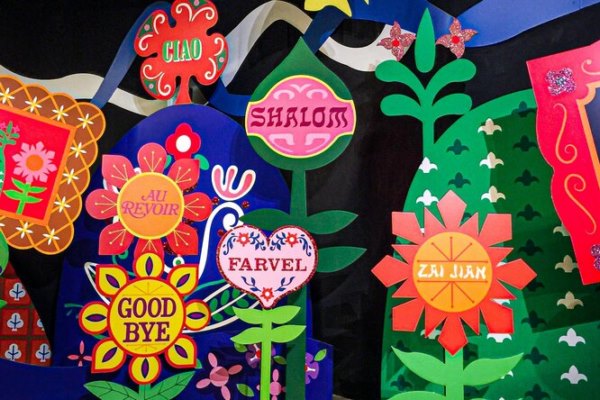 An impressive number of scientific papers have been devoted to the phenomenon of bilingualism in recent years. On the one hand, the reason is that more and more people are growing up in international families. On the other hand, bilingual people demonstrate originality of thinking and reaction to life situations that arouse natural interest among neuropsychologists and sociologists.

Scientific studies confirm that bilinguals really feel the situation differently when they switch from one language to another. Professors David Luna, Torsten Ringberg and Laura A. Peracchio called this effect Frame-Shifting.

During their study, several groups of women who speak English and Spanish were asked to evaluate a number of television stories. Interestingly, the perception as a whole changed depending on the language of the video. The “English lady” standing at the top of the hill seemed “uncertain, anxious.” And the “Spanish” (in similar conditions) gave the impression of a woman “taking risks, expressive and independent.”

Some suggest that they may act in a different scenario by switching between languages. The “cultural” environment and linguistic nuances of a particular adverb are to blame for everything. Thus, the perception of an object or phenomenon is influenced by the gender of the noun denoting it. For example, in German the word “key” has a masculine gender. The Germans describe the keys as heavy, metallic. In Spanish, the same word has a feminine gender, and for Spaniards the keys are small, golden, beautiful.

A girl of the middle kind

In an essay “On the Appalling Difficulty of the German Language,” Mark Twain complained about the unusual gender system of German residents. The English classic wondered why the word “girl” has a neuter gender (Das M?dchen). His indignation is understandable to us, but the writer obviously did not mind that the pronoun It, used for inanimate objects, is applied to animals in English.

“Your mascara is leaking in the northwest”

Describing the preferences that the possession of a particular language imposes on us, linguists like to recall the history of the Australian tribe, where instead of right / left or forward / backward, the names of the cardinal directions are used. That is, in their interpretation, the phrases could sound: “your mascara has flowed in the northwest” or “give me that southwest croissant.” So, thanks to this feature, the people of the tribe literally have a built-in compass and are better at navigating the terrain than many.

You will be in Israel, conduct an experiment. Ask a long-time repatriate to spread out maps or photos. If you have been talking in Russian for some time before, most likely he will start laying them out from left to right (the same would you do). But in a Hebrew-speaking company, with a high degree of probability, objects will be laid out from right to left – according to the principle of their writing.

When you learn a language, you unwittingly assimilate the attitudes, codes of conduct and values inherent in the nation.

Here arises the concept of cultural adaptation, which is very close to that very concept Frame-Shifting. The experiment showed that Dutch students can demonstrate uncharacteristic behavior when performing tasks in English. Dutch culture is based on cooperation, while Anglo-American culture is based on competition. During the game, conducted in English rather than Dutch, students from the Netherlands were more focused on competitiveness than on their usual sociability.

We can say that another language literally makes you look at the world differently.

The way the future tense is formed in the language affects people’s propensity to save, the economist found out, Keith Chen from UCLA. There is no future tense in Chinese. Thus, for those who speak Mandarin, the future is closer to the present. And, therefore, they are more motivated to make savings for financial comfort in the future, which is “not far off”. Keith Chen revealed that the Chinese are on average 31% more likely to save money than their colleagues with more “pronounced” future tenses!

Personality Transformation or my Alter ego

One of the fascinating aspects of bilingualism is that people can feel like a “different person” when they switch to another language. Speaking in a foreign language, they feel their alter ego and they like it. In 2017 Thomas Vederus interviewed a group of Swedish immigrants living in Ireland and found out that it is easier for most of them to express their emotions in an English-speaking environment, they have become more open. One girl described her experience as follows: “The character I become by speaking English is brave and sociable. It’s funny to be this wonderful happy person, so different from the former self-control devotee.”

Why don't we find traces of alien civilizations