Last year, the authors of the largest-ever study of the effects of mild malnutrition on health and metabolic rate again aroused interest in the old idea of prolonging life by reducing portions. But some scientists believe that simply reducing the number of calories consumed is not enough. 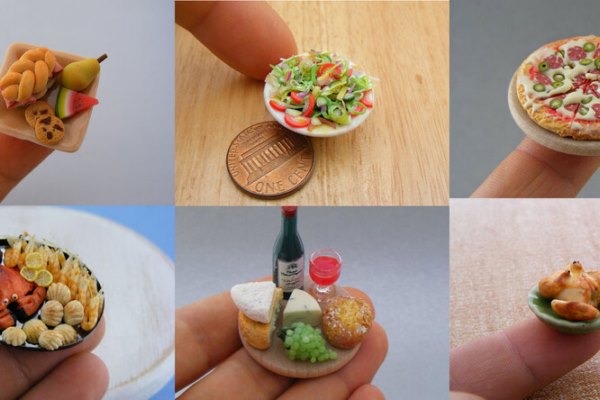 The largest study in history of the impact of mild malnutrition on life expectancy, aging and health began more than a decade ago: then scientists recruited the first volunteers among young and healthy Americans who agreed to receive a quarter fewer calories a day for two years than is necessary according to calculations. In addition to dietary restrictions, young people pledged to donate blood every week, take pictures of internal organs — and swallow a mini-thermometer for constant monitoring of body temperature. All this was called Calerie — Comprehensive Assessment of Long-Term Effects of Reducing Intake of Energy (Comprehensive assessment of long-term effects of reducing energy consumption). The study was conducted in three US cities — St. Louis, Boston and Baton Rouge; in the latter, the study participants had, in addition to all their hardships, to spend 24 hours with some frequency in a locked room with calorimeters – for a complete examination.

All this was done in an attempt to understand why mild malnutrition has a beneficial effect on health. The fact of this beneficial effect has not been in doubt in a long time; experimental evidence has been obtained on yeast, worms, mice, rats and monkeys since the mid-30s; fungi and animals that receive 20-25% less food than is considered necessary develop age-related diseases less often, and they live longer. But why this is so, scientists still find it difficult to explain.

We love the research of reputable scientists and can’t stand quackery with self-medication. Our articles are informational in nature — we do not make diagnoses. Treat your own health responsibly and consult a doctor for any ailments.

How much energy does it take to rest?

The journal Cell Metabolism published an article by the leaders of the Calerie experiment with a report on the results of ten—year measurements in locked rooms with calorimeters – devices for measuring energy costs and energy absorption. These rooms in the building of the Biomedical Research Center in Baton Rouge are a unique tool that allows you to accurately estimate how many calories a person spends and how much he receives and from where – from the proteins, fats or carbohydrates eaten.

The participants of the experiment entered the rooms around 8 am without having breakfast. During the next day, they were forbidden any physical activity. Food was served through a special elevator. Ventilation supplied fresh air to the room, and the one that the volunteer breathed was taken outside and passed through gas analyzers, which measured the ratio of oxygen and carbon dioxide. Nitrogen excretion from the body was measured by urinalysis. Scientists were interested in how much energy the body spends at rest.

It turned out that even a small reduction in daily calories slowed down metabolism by 10%. This is partly due to the loss of body weight (on average, the volunteers lost 9 kg in two years of the experiment). But to a much greater extent, the slowdown was due to changes in the course of biochemical processes, which scientists recorded by indirect signs, such as changes in the production of insulin and thyroid hormones. In other words, after reducing the caloric content of the diet, the body’s need for food also decreased; less food was enough for a person. Along with the slowing down of metabolism, the concentration of its byproducts in tissues, potentially toxic or even mutagenic (such as free radicals), also decreased.

Ten years of experiments is too little to assess the impact of malnutrition on human life expectancy, however, the data obtained is enough to attract interest again to the old idea of prolonging life by slowing down metabolism and to the idea that metabolic byproducts contribute to the aging of living organisms.

These theories have critics from among the authors of the Calerie experiment. Luigi Fontana, who supervised the experiment in St. Louis, believes that it’s not about malnutrition in general, but about changing some specific insulin signaling pathways. “You can eat half a hamburger and a few slices of French fries every day, but will you live longer? No, you will die from malnutrition,” Fontana explains her position, “a slow metabolism may be in a starving person, but this does not make slow metabolism a biomarker of longevity.” Fontana also points to the results of animal experiments in which metabolism was slowed down by forcing rats to swim in cold water. Such rats lived no longer than the control group. In other studies, the amount of free radicals in animal tissues was reduced by medication; this also did not make them long-lived. “The data is interesting, but it is impossible to refer only to them. Now we understand that it is not so much the number of calories that is important, as genetics, diet, microbiome — all these factors determine the result of reducing the calorie content of the diet,” says the scientist.