As a result of a full-scale invasion, Ukraine is subjected to crushing interference in the environment, but there are 5 worst environmental crimes. 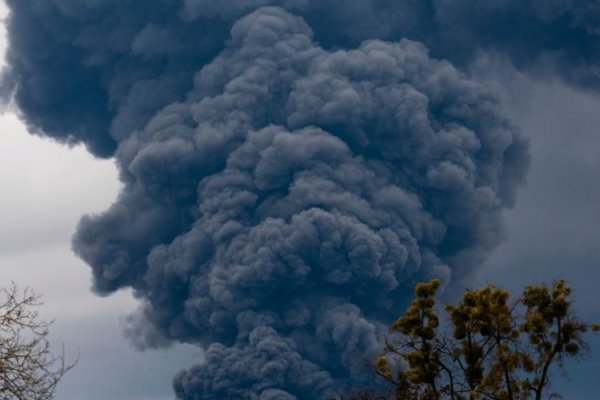 This was stated by Deputy Chairman of the Verkhovna Rada Committee on Environmental Policy and Chief Coordinator of the operational headquarters for fixing eco-crimes Elena Krivoruchkina, Focus Reports.

She noted that the intervention of the Russian Federation is widespread and widespread, but the Anti-top brings the greatest harm to the state and affects, or will affect in the future, the lives of all citizens.

Air pollutants will remain in our lungs and provoke cancer and other dangerous diseases. That is, we are talking about long-term consequences.

“Explosions of tank farms, fires at enterprises and chemical plants – all this can not just pass,” says Krivoruchkina.

Pollution of the Black and Azov seas

In peacetime, an oil slick in any water area attracts everyone’s attention, and the necessary efforts are made to overcome the consequences. However, it is still impossible to influence anything.

“No one can predict how much more oil will flow into the sea,” she said.

Ukrainian forests are suffering from fires, forced logging for the needs of the army, and Russians are also stealing wood.

It is necessary to conduct mine clearance of both soils and water areas. Now only in the Black Sea finds 400-600 mines that break anchor, drift and explode, taking lives. Krivoruchkina noted that the scale of mining in Ukraine is incredible.

Explosion of a dam on the North Crimean canal

In addition to the damage caused by the explosion, only the theft of water by the invaders is estimated at 32.6 million UAH daily from the budget of Ukraine, that is, for the entire period of the invasion it is more than 3 billion UAH.

Since the beginning of a full-scale invasion, the operational headquarters has worked out information about more than 2.2 thousand events that could contain the composition of an eco-crime, of which more than 300 cases have already been entered in the Unified Register of eco-victims. Currently, additional information is being collected on these facts.