That’s why children don’t always look like their parents. And adoption has nothing to do with it. 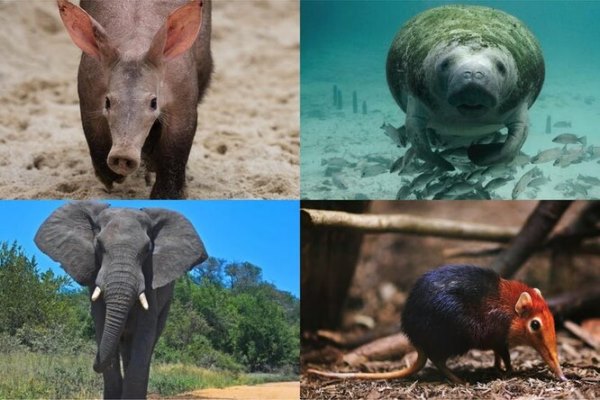 If you don’t look like your parents and relatives, maybe you might not feel like part of the family. As a child, during particularly violent quarrels, you may even have hoped that this was a sign that you were adopted. As a new study shows, looks can be deceptive when it comes to family. The new DNA technology is turning over the family trees of many plants and animals.

Primates, to which humans belong, were once considered close relatives of bats due to some similarities in our skeletons and brains. However, the DNA data now places us in a group that includes rodents (rats and mice) and rabbits. Surprisingly, it turns out that bats are more closely related to cows, horses, and even rhinos than to us.

About three decades ago, scientists began using DNA data to build “molecular trees.” Many of the first trees based on DNA data diverged from the classical ones. Sloths and anteaters, armadillos, pangolins and aardvarks were once considered to belong to a group called the toothless (Xenarthra) because they shared aspects of anatomy. Molecular trees have shown that these traits developed independently in different branches of the mammalian tree. It turns out that aardvarks are more closely related to elephants, while lizards are more closely related to cats and dogs.

There is another important line of evidence that was familiar to Darwin and his contemporaries, based on the fact that animals and plants that seem to have the closest common origin often occur geographically close to each other. The location of species is another strong indicator of their kinship: species that live next to each other are more likely to have a common family tree.

Evolutionary trees based on DNA data were 60% more likely to coincide with the location of the species compared to traditional evolutionary trees. In other words, previous trees suggested that several species were related in appearance, but “molecular maps” found more and more evidence of such a connection.