The European Space Agency (ESA) has approved the Comet Interceptor mission. The probe, which will be launched in 2029, will go into Earth orbit and wait for a “suitable object”. 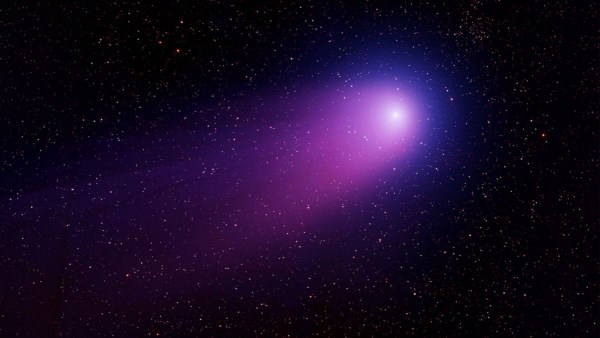 The unusual thing about Comet Interceptor is that the mission will not know its purpose until the very last moment. Therefore, after choosing a comet to study, the targeting of the ship, the launch of probes and control will be carried out directly from space.

The main objective of the mission is a thorough study of a comet that has spent little time inside the Solar System or was in it for the first time. The researchers plan to select a target for observation from the Oort Cloud, and, if lucky, an interstellar object like Oumuamua, discovered in 2017.

The space agency notes that, thanks to recent advances in ground-based telescopes, new comets are now usually detected more than a year before their maximum approach to the Sun. This is too little to launch a mission from Earth, but the interceptor, which is waiting in orbit, will have time to get to the comet.

According to ESA, the Comet Interceptor mission will consist of a main spacecraft and two probes that will surround the comet and observe it from different angles. Such surveillance technology will create a three-dimensional profile of the future target. The main ship and one of the probes are being created by ESA, the Japanese Aerospace Exploration Agency will be responsible for the second probe.

It is expected that the mission will be launched together with the ESA mission to study exoplanets “Ariel” in 2029. Both ships will go to the L2 Lagrange point, located at a distance of about 1.5 million km from our planet. In this area, in which the gravitational influence of the Earth and the Sun is balanced, the Comet Interceptor will wait until a suitable target is found for it.

After that, the ship will go towards the found object to study the shape and structure of the untouched comet, the composition of its surface, gas and dust coma.