Neuroscientists from Tufts University has shown in mouse models how it is possible to influence the amygdala area of the brain to cause fear or anxiety. These experiments are extremely important because they help to understand the work of receptors and hormones of the amygdala, which in the future will allow the development of remedies for depression and post-traumatic disorder. 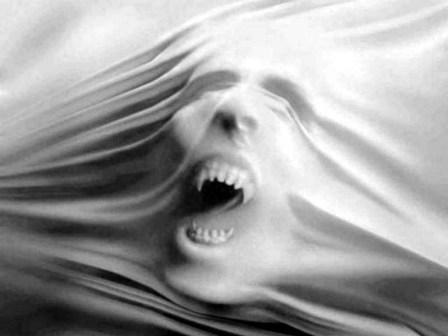 In the temporal lobe near the base of our brain is the amygdala (or amygdala), which processes our emotions. Neuroscientists from Tufts University investigated the nature of signals arising in a small area of the amygdala — basolateral to better understand how they affect the occurrence of negative emotions, such as anxiety and fear.

“This emotion processing center plays an important role in many behaviors,” says Jamie Maguire, a professor at the Medical School Tufts University. “We are interested in how the neural network includes these negative states, because this is directly related to many diseases, such as depression and post-traumatic stress disorder.”

Alcohol does help with depression, but…

In an article published in the journal eNeuro, Maguire and her colleagues found that alcohol can change the activity pattern of the basolateral amygdala region of mice. This is the first study showing that alcohol is able to change the neural patterns of fear and anxiety.

Researchers have shown that receptors in the basolateral amygdala, known as GABA-A receptors, are an important part of the signaling network that causes this switching.

The effects of alcohol differed in males and females. Females apparently need a larger dose than males to change their condition. This may be due to the fact that female mice have fewer GABA-A receptors. Moreover, when the researchers deactivated these receptors in male mice, they began to react to alcohol in the same way as females.

Many people know from their personal experience that alcohol helps to relax. Unfortunately, this is a rather dangerous practice. Any stereotype, backed up by positive experience, is fixed too quickly. So, there may be an addiction. But alcohol is very harmful, even in small doses.

A “scary” state of mind

Earlier this year, the same group of researchers identified a different set of receptors in the basolateral amygdala that are relevant to the fear response in animals.

Scientists used norepinephrine, a hormone similar to adrenaline, to stimulate the basolateral amygdala in mice to put animals into a state of fear.

Norepinephrine can interact with several nerve receptors, but when did researchers deactivate one of them – the adrenoreceptor-1A, the animal stopped feeling fear.

By understanding the molecular interactions that switch the basolateral amygdala into or out of negative states, researchers can find potential targets for drugs that will treat nervous disorders and addictions. For example, a person suffering from PTSD may get stuck in a “scary” pattern of nervous activity. Violation of this condition can help him recover.

But scientists say that managing the amygdala, that is, human emotions, is an extremely delicate process. You can’t just deprive a person of sadness, fear, anxiety. They are necessary. Scientists are trying to help people not to get stuck in such states, but to get out of them normally.