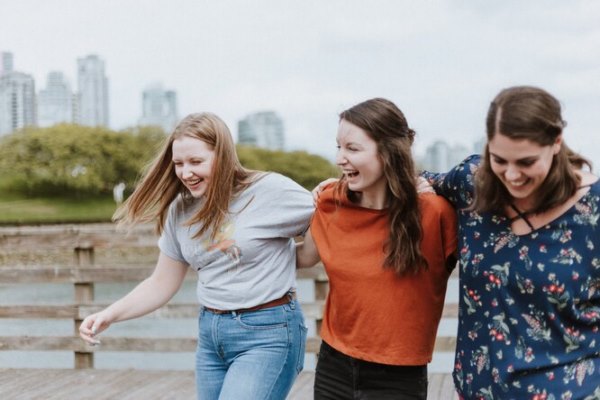 The Israeli study involved 20 pairs of same-sex platonic friends: they claimed that they have been friends for a long time and have no problems in communication. Using an “electronic nose” (and volunteers who heroically agreed to smell T-shirts worn at night), scientists came to the conclusion that pairs of strong friends had a similar smell, but random pairs of strangers did not.

“In humans, the role of the sense of smell has been downplayed partly due to various social taboos, culminating in the opinion that the sense of smell does not matter for a person’s social life,” the researchers write in the article. Meanwhile, many other mammals are sniffing each other to decide whether to play, attack or run away from an unfamiliar animal.

The researchers asked the same 20 pairs of friends to wash with odorless soap, avoid foods such as curry and garlic, live together, but sleep in a separate bed. Also, the participants in the experiment wore a cotton T-shirt for at least six hours, and then put it in a resealable plastic bag. The shirts were then frozen and thawed an hour before the main sniffing experiment.

Body odor samples were passed through a compact gas analyzer called PEN3 ENose, which contains a gas sampling unit and a set of sensors. To determine the similarity between the odors, a simple plotting method was used, comparing the responses of five different sensors. So, the volunteers and ENose found more similarities between friends than between strangers. However, not all experiments give such clear results.