If you are fascinated by black holes, you are not alone. But how do they manage to grow to such a size? 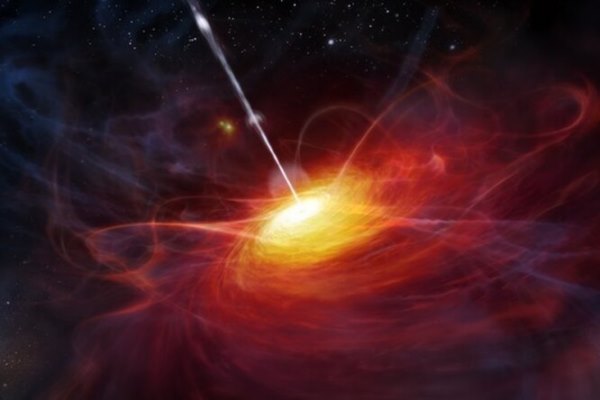 In 2017, astronomers began to find huge black holes in the oldest part of The universe. These black holes, whose mass is about a billion times the mass of our Sun, were surrounded by accretion disks, shining so strongly that they can be seen over huge stretches of space and time.

These gravitational giants existed when the universe was only 700 million years old. At that moment in cosmic history, the universe was still a child. Gravity was just beginning to harness clouds of gas and dark matter, forming structures that later evolved into mature spiral and elliptical galaxies. Stars began to appear, but there were much fewer of them than today.

According to the traditional picture of the formation and growth of black holes, the universe at that time simply did not exist long enough for the mass of black holes to reach a billion solar. So, based on our common understanding of how black holes form and grow, such massive objects should not have existed. And yet they exist — and pose a problem for astrophysicists.

According to the prevailing cosmological model, known as ?CDM (lambda-CDM), the universe originated 13.8 billion years ago as a result of the Big Bang. The early universe was originally a “cauldron” of subatomic particles and dark matter, with almost uniformly distributed material and, therefore, unable to combine.

It is important to note that in the first few minutes of the universe’s existence, high temperatures and pressure allowed subatomic particles to combine into hydrogen and helium nuclei, with barely noticeable traces of heavier elements. When the universe cooled even more, 380,000 years later, the electrons combined with the nuclei of hydrogen and helium, forming neutral atoms and releasing relic radiation or cosmic microwave background radiation (CMB).

At the dawn of the Universe

High-resolution measurements of the relic radiation show that the universe at that time was extremely, but not perfectly homogeneous. Subtle disturbances in the density of matter eventually allowed gravity to do its job. Approximately 200 million years after the Big Bang, regions with a slightly higher concentration of dark matter and gas began to collapse, forming the first stars and protogalactics.

According to calculations, these regions were divided into several clusters, which formed stars with a mass of up to 500 Suns. They lived fast and died young, radiating energy millions of times the energy of our Sun, but having existed for only a few million years. They died as a result of colossal supernova explosions, and their cores turned into black holes with a mass of 100 to 200 solar masses.

These black holes then began to absorb nearby material, including nearby stars. They probably even merged with each other, forming black holes with a mass of many hundreds or perhaps even thousands of solar masses. But even this does not explain how in just 500 million years these objects were able to grow to a billion solar masses. Scientists have yet to find the answer to this question.