The Turritopsis jellyfish, the size of a little finger nail, swims slowly in warm seas and eats plankton. But this tiny creature is much more interesting than it seems. If something threatens her, she returns to the polyp stage, as if a butterfly becomes a pupa again. And then it “grows” anew. Just imagine: a person got nervous at work and became a child again to start everything from scratch. Cool? 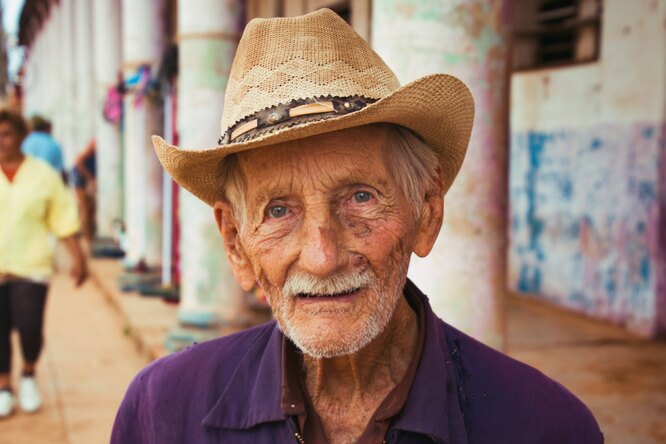 The rate of escape from old age

Thanks to today’s scientific achievements, we can already significantly slow down the aging process. And this is exactly what we need. Scientists dealing with aging issues use the term “escape velocity from old age” (longevity escape velocity). It means that we do not need to look for a magic pill, but to achieve gradual improvements.

Every time we slow down the aging process at least a little, we buy ourselves time.

And during this time, new improvements will occur, they will give us a little more time. Etc. If we reach a point where science increases the average life expectancy faster than chronological time goes (for example, by a year and a half annually), we can assume that we have achieved immortality.

In the fall of 1991, eight scientists locked themselves in a huge futuristic glass building called Biosphere-2, where they were supposed to live for the next two years. This experiment was conducted as part of the study of the Earth’s ecosystems and a kind of preparation for the future human settlement of other planets.

Trees are a very important component of the ecosystems of our planet, its lungs, so many trees were planted in two ecozones of the pyramid. They quickly caught on and began to grow rapidly. But even before the official end of the experiment, they collapsed under their own weight. What did the trees lack? Certainly not nutrition, care and care.

Quite the opposite: they didn’t have enough stress — the stress that the wind usually exposes them to.

Despite the fact that the wind is the enemy of trees, they cannot live without it: they weaken. In other words, the confrontation benefits the trees. And not just them. Problems, stress and even injuries make us stronger, this phenomenon is called hormesis. Hormesis has made us what we are in many ways. Our ancestors had to overcome problems one after another: hunger, frenzied hunting through impassable forests, poisoning by plants and hard thankless work — they survived no matter what.

We have adapted to the circumstances that we have managed to overcome. And they have become vital to us. Without them, we crumble. This happens not only with people: hormesis is the story of life on Earth.

It would be great if we could create our own spare parts. In laboratories around the world, scientists are trying to create organs, tissues and cells of the human body. The secret is in the stem cells. It all starts with a sperm and an egg, which merge into a zygote. At this point, all our cells are pluripotent stem cells. “Pluripotent” means that they can become any cells of the body.

It’s like a cat climbing a tree. He starts from the trunk, and from it he can get to any branch. Here he gets to the first fork and moves to a new branch. However, he cannot climb the others in parallel. The same thing happens on the next fork — and so on to the very tip of the branch.

It is extremely difficult to work with stem cells: in addition to the fact that the process of obtaining such cells is complicated, two more problems constantly arise: firstly, the problem with immunity – stem cells do not belong to us, so the immune system begins to attack them; secondly, an ethical problem: pluripotent stem cells need to be taken from somewhere.

In fact, the solution to these problems has already been found. In 2012, Japanese Shinya Yamanaka received the Nobel Prize in Medicine for the discovery of induced pluripotent stem cells. Scientists once believed that the development of cells could not be reversed, just as a cat could not get off our hypothetical tree. However, Yamanaka and his team proved the opposite. By adding four factors, dubbed “Yamanaka factors”, it is possible to turn a fully differentiated cell, such as a skin cell, back into a pluripotent one.

With the help of Yamanaki factors, cell differentiation is “reset”.

And scientists wondered: does this mean that it is possible to reset or reverse the biological clock? The first research results show that this is quite likely. The biological age of induced pluripotent cells corresponds to the age of embryonic stem cells. In other words, you can take the stem cells of an elderly person, apply the four Yamanaki factors to them and expand their development, while their biological age will be the same as that of the embryo.

We are almost close to the Turritopsis jellyfish, which is aging backwards. At least, at the moment, this is the best that has been achieved.