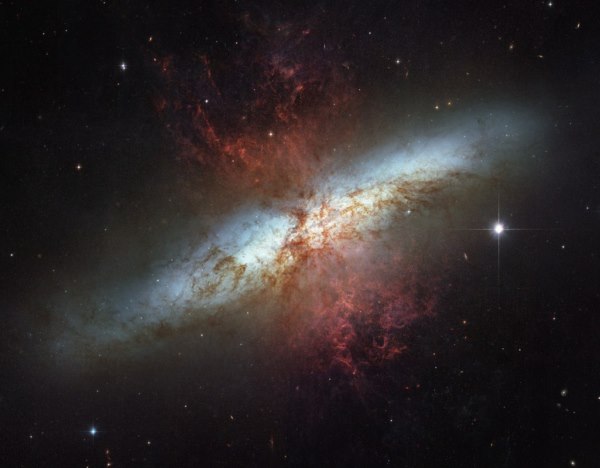 Using ESA’s XMM-Newton satellite and NASA’s Chandra spacecraft, an international team of astronomers investigated the peculiar behavior of quasi-periodic eruptions (QPEs) in the active galaxy GSN 069. The results of the study published on arXiv.org, shed more light on the nature of this phenomenon.

To get more information about the nature of GSN 069 flares, a group of astronomers led by Giovanni Miniutti from the Spanish Astrobiological Center in Madrid, Spain, analyzed XMM-Newton and Chandra data collected between 2010 and 2021.

The study confirmed that QPE in GSN 069 is a temporary phenomenon. The first quasi-eruption in this galaxy was detected on December 24, 2018, and the last one in January 2020. The total time of these eruptions ranged from 1 to 5.5 years.

It turned out that QPE measured in the high energy ranges are stronger, reach a peak, and their duration is shorter than when measured at lower energies. The scientists also found that the variability of the resting level in observations with QPEs exhibits quasi-periodic oscillations (quasi-periodic oscillation, QPO) with an average repetition time depending on the observation.

The study also showed that, since the last observation during which QPE were detected, the X-ray emission of GSN 069 has significantly increased, reaching a second peak approximately 10-11 years after the first X-ray detection.

X—ray quasi-periodic eruptions are an unusual phenomenon associated with supermassive black holes (SMBH) in the centers of galaxies, which were discovered recently. They are extremely high-amplitude bursts of X-ray radiation that repeat every few hours and occur near the SMBH in the cores of galaxies.

GSN 069 is an active galaxy and is located about 250 million light-years from Earth in the constellation of the Sculptor. It was first discovered in 2010 using XMM-Newton. The mass of the central black hole in this galaxy is about 400,000 solar masses.