It is far from a fact that historical information from written sources of antiquity is true. Nevertheless, even around her we create a lot of myths. The history of mankind can hardly be called a very accurate science. But, despite this, there are historical facts that few people doubt. We encounter them in popular culture. We believe in them and do not suspect that in real history everything was a little different. Here are some examples of myths that many of us still believe in.

Many have read legends or watched films about the noble King Arthur, his faithful knight Lancelot, Queen Guinevere and the wizard Merlin. In fact, these stories are fiction. 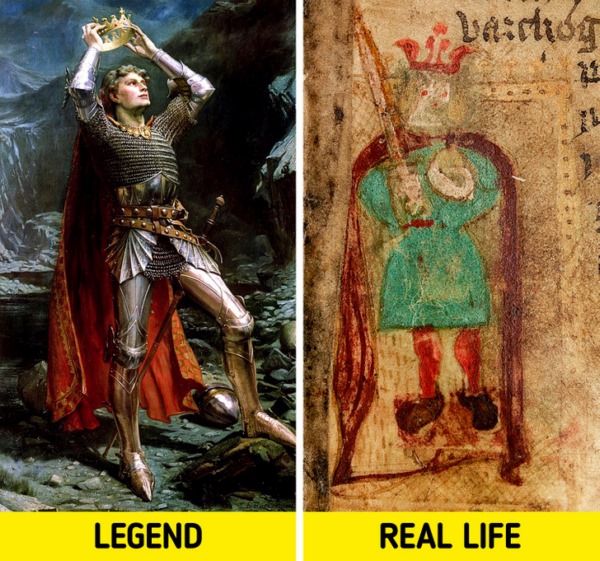 Despite centuries of controversy, scientists have not been able to confirm the existence of Arthur in real life. His name is not mentioned in the only surviving modern source about the real invasion of the Saxons (during which Arthur supposedly lived), which was described by the Celtic monk Gildas. However, there is reason to believe that King Arthur may have been inspired by several different historical figures.

We have known since school that Christopher Columbus discovered America in 1492. However, this is not true. People have lived on this earth for more than 15,000 years. Moreover, Columbus never even set foot on the mainland of North America. Instead, he landed on a small island in the Bahamas.

A group of Icelandic Norwegian explorers led by Leif Erikson visited American lands long before Columbus’ voyage. However, even they were not necessarily the first explorers to discover America.

In the Middle Ages, people lived up to 30 years

One of the popular myths about the Middle Ages is the myth of life expectancy at that time. It is generally believed that people then lived, at best, up to 35 years old, and at 30 they were already considered old. However, this is not true.

The fact is that the average life expectancy at that time was 35 years. This means that if the life expectancy of one child was less than one year, and the other lived to 70 years, then on average it turned out to be equal to 35 years. In the Middle Ages, infant mortality was very high. People who survived this period of life could well live to old age.

The equipment of the black ninja is a stereotype created by martial arts films. This myth comes from the Kabuki Theater props. The cameramen were dressed in black suits to completely blend in with the black background and be “invisible”. 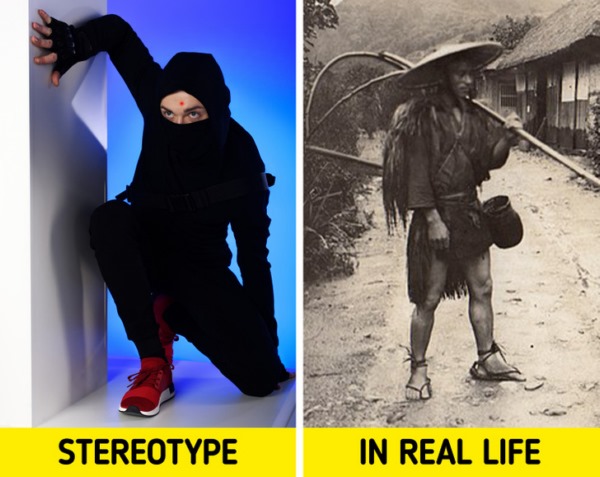 In fact, the ninjas looked like ordinary people. They could transform and wear the clothes of artists, merchants, priests or monks. These clothes did not arouse suspicion from others and served as a cover. When it comes to choosing a color, ninjas most often preferred red or dark blue.

In the Middle Ages, people did not wash

Assumptions about the uncleanness of people who lived in the Middle Ages are greatly exaggerated. In fact, there is a lot of evidence to the contrary. Personal hygiene and cleanliness were important aspects of medieval people’s lives. 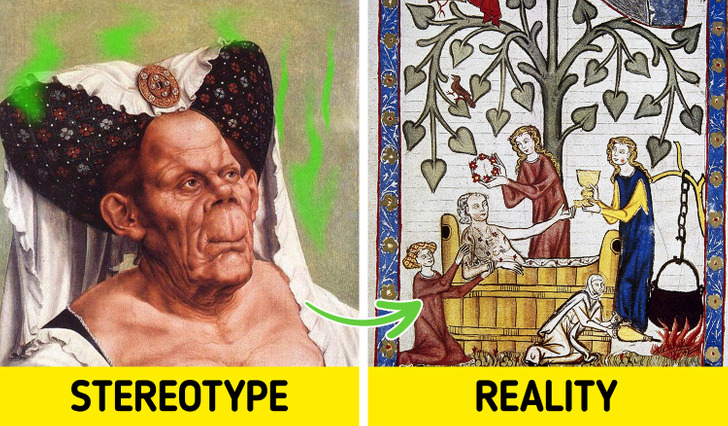 In addition, medieval people monitored the condition of their clothes and often washed or had a laundress in the house. Many houses had wooden baths for bathing, and later public baths appeared in cities.