Scientists have discovered that the inner regions of Jupiter are full of remnants of planets-“embryos” that the gas giant absorbed during its expansion. 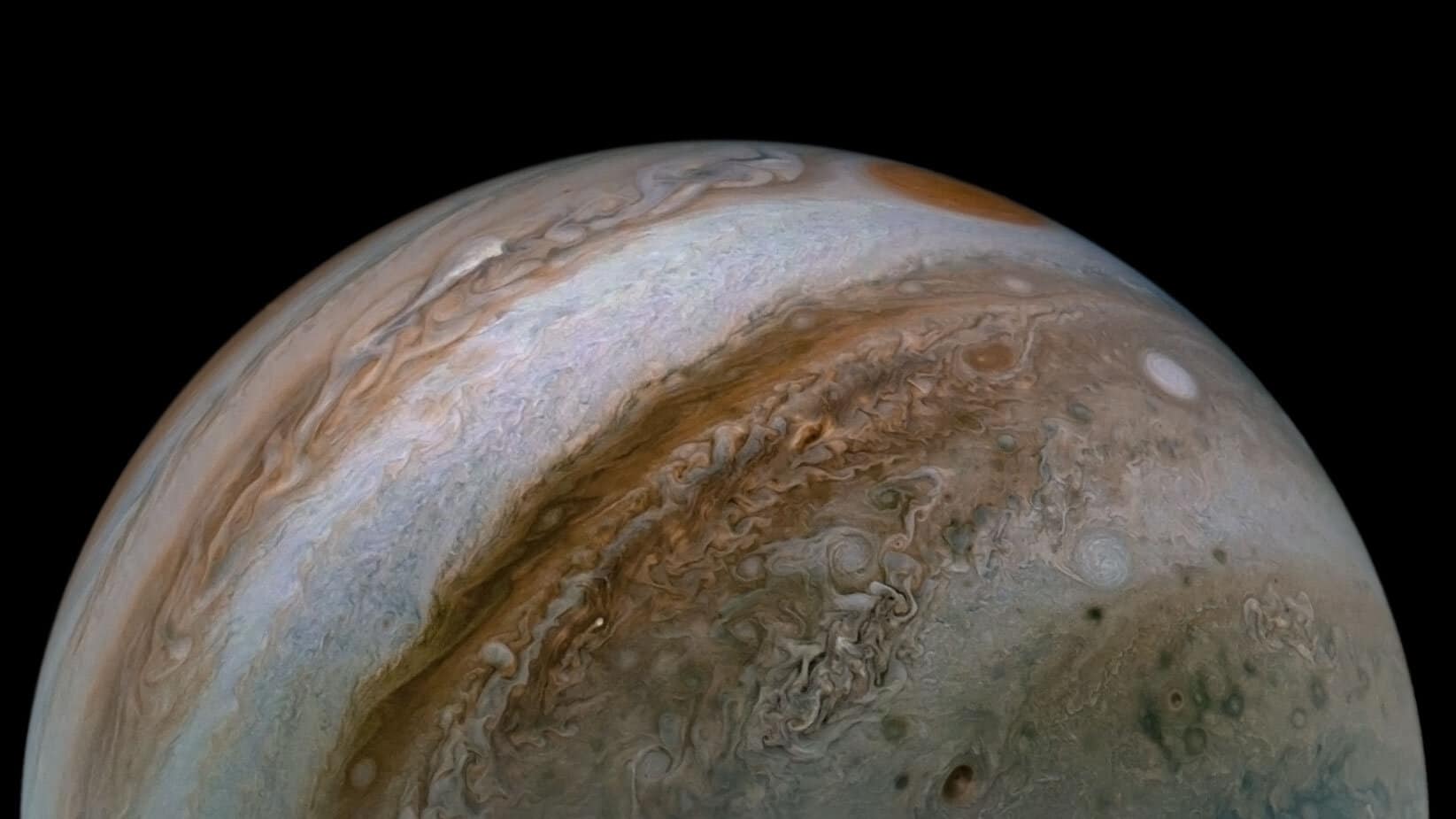 This giant planet has been surprising scientists for a long time, but until now they have been very actively arguing about its formation. Now it turns out that a celestial body appeared due to the devouring of the embryos of the planets

Despite the fact that Jupiter is the largest planet in the Solar System, we know very little about its internal structure. Telescopes have taken thousands of images of swirling clouds in the upper atmosphere of the gas giant, but these storms also act as a barrier that prevents us from looking at what is inside this planet.

In a new study, scientists have finally been able to look beyond Jupiter’s cloud cover using gravitational data collected by NASA’s Juno space probe. These data allowed astronomers to map the rocky material in the core of the giant planet, which revealed a surprisingly high content of heavy elements. The chemical composition suggests that Jupiter devoured the germ planets, or planetesimals, to build up mass during its formation.

There are two competing theories about how Jupiter managed to form its core. One theory is that Jupiter “devoured” billions of smaller cosmic rocky objects, which astronomers call “pebbles” (although these stones are probably closer in size to boulders).

The opposite theory, which is confirmed by the results of a new study, is that the core of Jupiter was formed as a result of the absorption of many planetesimals — large rocky bodies several kilometers in size, which could potentially become the cores of planets such as Earth and Mars. The new models point to the planetesimal origin of Jupiter, because the theory of accretion of “pebbles” it cannot explain such a high concentration of heavy elements.