Caught fish of colossal size is considered an omen of the coming catastrophe. 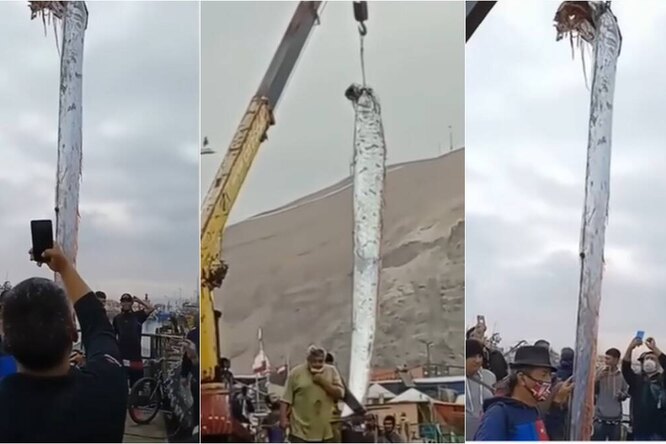 The creature, more than 5 meters long, was caught by a group of fishermen from the city of Arica in Chile, where civilians quickly gathered to check if the rumors were true. Footage of the incident was posted on TikTok, which shows how a huge fish is lifted for public viewing.

The clip quickly gained 10 million likes in less than a day.

The Remnetel, which is sometimes called the “herring king”, can reach a length of up to 11 meters. In Japan, these sea creatures have long been considered an omen of approaching tsunamis and earthquakes. The Japanese also believe that whoever finds such a fish will be cursed from now on.

The fish lives in deep water and returns to the surface only when it is sick, dies or reproduces. This has given rise to speculation that they may return to the surface with the upcoming weather change, although this theory has not yet been confirmed.

Their long silvery body looks like a ribbon (hence the name “belt fish”) and has a large red dorsal fin, as well as two smaller pectoral fins.