The Russian Federation continues to commit new acts of nuclear, missile, environmental and food terror in Ukraine and threaten the security of Europe and the world.

However, despite the war, Ukraine continues to implement European standards in environmental legislation, Mindovkillya reports. 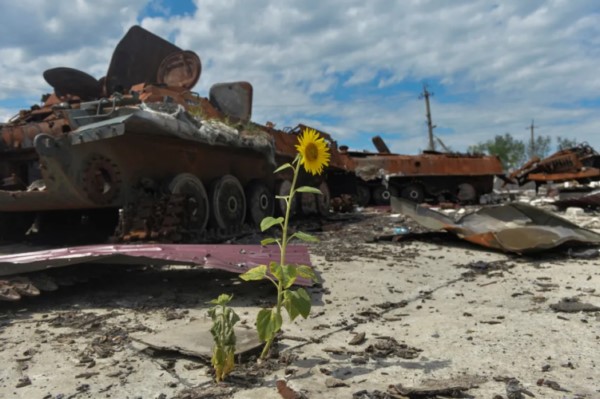 Thus, on July 18, the parliament approved as a whole the law of Ukraine on ratification of the amendment and the Second Amendment to the Convention on environmental impact assessment in a cross-border context.

The law expands the list of activities covered by the convention, introduces monitoring and continuous reporting on the implementation of the convention, which is especially important in the post-war period. After all, Ukraine must be rebuilt according to European standards and requirements.

The Verkhovna Rada also approved in the first reading the draft law No. 6477 “on the National Register of emissions and transfer of pollutants”.

The situation at the Zaporizhia NPP occupied by Russian troops continues to pose a threat to the whole of Europe. The invaders use repression and kidnap key employees of the captured nuclear power plant. The invaders captured and took the head of the Environmental Protection Service Igor Kvashnin to an unknown destination. The security service is responsible for the environmental safety of nuclear power plants, that is, the absence of contamination with any substances, including radioactive ones.

Also on July 18, the invaders forcibly entered the radiation zone of Unit No. 2 of the ZAES without special clothing and compliance with the provided preparatory procedures for staying in the radiation zone. On clothing, they could spread radiation particles to the station and the surrounding area.

Nuclear security continues to be threatened as the Russian army uses the territory of the nuclear power plant as a military base. The invaders deployed heavy weapons, in particular, multiple launch rocket systems, near the ZAES. During the week, the Russian military repeatedly shelled the city of Nikopol from heavy weapons stationed near the station.

The Russian military dragged at least 14 units of heavy military equipment with ammunition, weapons and explosives into the engine room of the 1st power unit of the ZAES. The entire arsenal of imported heavy equipment with all the ammunition is located very close to the equipment that ensures the operation of the turbo generator. In particular, in the immediate vicinity of the main oil tank, which contains highly flammable oil that cools the steam turbine. There is also explosive hydrogen, which is used to cool the generator.

“The military equipment of the invaders made it impossible for specialized firefighters and other vehicles to access the machine room of power unit No. 1. Therefore, the risk of fire increases many times, and its extinguishing becomes extremely problematic. If a fire occurs, for example, due to an accidental detonation of ammunition, then its scale may be equal to that that occurred during the Chernobyl accident,” the article noted.

In the exclusion zone of the Chernobyl nuclear power plant, work continues to eliminate the consequences of the occupation by Russian troops. Due to the fact that the equipment of the Russian army made an invasion from the territory of the exclusion zone, there are risks of transferring radioactive contamination beyond its borders.

Currently, a team of Greenpeace specialists is in the exclusion zone, which, in coordination with the Ukrainian government, conducts an independent radiation survey and assessment of the impact of the Russian occupation on the environment.

On July 19, the SBU reported that it had collected evidence of Russian nuclear terrorism in the exclusion zone.

The territory of the exclusion zone has not yet been cleared of Mines, which violates the integrity of the facility’s radiation safety system, which Ukraine has been building together with international partners for decades. The probability of uncontrolled explosions and the resulting fires is still too high.

Large-scale fires at infrastructure and industrial facilities lead to poisoning of the air with particularly dangerous substances. Pollutants can be carried by winds over long distances.

In Irpen, Kiev region, during the Russian occupation, 1,836 buildings were destroyed, and 10,596 buildings were damaged. Local residents still find destroyed equipment, ammunition, and mines in their yards. The estimated total losses amount to UAH 25.3 billion.

In the city of Bucha, Kiev region, 185 buildings were destroyed, and 2514 were damaged. Losses are estimated at UAH 5.2 billion.

“The destruction of buildings and settlements leads to environmental pollution with construction debris and asbestos. The consequences of such pollution for the environment will manifest themselves for years,” the article noted.

As a result of fires caused by the actions of Russian troops, more than 9,000 hectares of forest were damaged on the territory of the National Nature Park (NPP) “Holy Mountains”. The amount of losses for air pollution as a result of forest fires in the Donetsk region after rocket and bomb attacks is more than UAH 91 billion.

Due to shelling by Russian troops, the Beloberezhye Svyatoslav NPP suffered the greatest damage compared to other objects of the nature reserve fund of Mykolaiv region. On the Kinburn Peninsula, 1,840 hectares were burned out.

Extinguishing forest fires is complicated by fighting and mining of forest territories.

On July 14, in Zhytomyr region, a car of the state forest guard ran over a mine on a forest road. As a result of the explosion, two foresters were killed and six others were injured.

Due to the negative impact of military operations, the soil ecosystem suffers. After all, the shells of ammunition are made of a cast-iron alloy, to which, in addition to iron and carbon, sulfur and copper are added. If such debris remains in the ground, over time it begins to oxidize, enter the cycle of environmental substances and be included in food chains.

During ammunition explosions, toxic gases enter the atmosphere: sulfur oxide, nitric oxide and carbon monoxide. From the atmosphere, they return to the soil due to acid rain, which changes the pH of the soil and causes plant burns. Powerful explosions can also destroy the waterproof layer of bedrock. In this case, water seepage into the soil accelerates. Aggressive pollutants enter aquifers and waterways, which can be carried far beyond the battlefield.

The Russian invasion caused critical damage to the water infrastructure of Donbass. This is stated in a study published by Bellingcat. Based on satellite images, experts concluded that the water supply system that provided drinking water to 4 million people stopped functioning. The system of channels and pipelines was damaged as a result of months of shelling.

In addition, water cannot flow without the electricity needed to operate pumps and filters. Power lines were destroyed, power plants were bombed. As a result, due to Russian aggression, the entire region is cut off from basic utilities (electricity, water supply, sewerage).  As long as military operations continue, the water situation will remain critical, as repairs will require mine clearance and restoration of electricity supply.

SEI specialists calculated the damage caused as a result of the destruction of the Oskol Reservoir Dam in the Kharkiv region by Russian troops. Due to the discharge of water during the spawning period, fish worth more than UAH 883.7 million died. According to the Institute of Fisheries of the National Academy of Agrarian Sciences of Ukraine, 1,997,500 specimens of aquatic Bioresources were destroyed as a result of the fighting.

On July 18, the Russian army launched a missile strike on the Odessa region with cruise missiles from the Black Sea. One missile hit the bridge over the Dniester estuary, which is not functioning, because the invaders have been hitting it with missiles since April.

Russian troops have deployed a large number of mines in the Black Sea, which threaten both navigation and people and marine animals. On July 14, a man was blown up by a mine and died in the coastal waters of one of the beaches in the Odessa region.