WHO experts reported two fatal cases associated with infection with the Marburg virus. 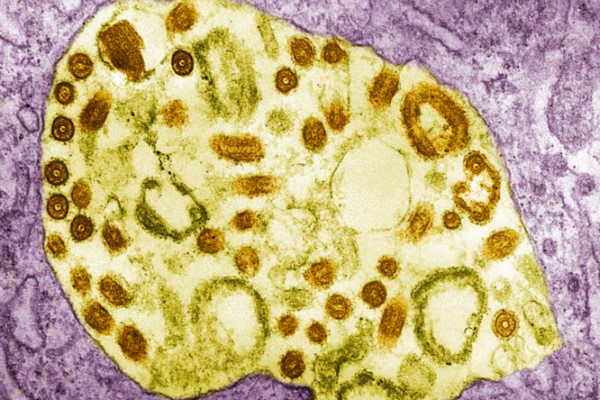 The Marburg virus is a member of the Filoviridae virus family. Like the Ebola virus, Marburg infection leads to severe hemorrhagic fever with a mortality rate of 24 to 88 percent. According to WHO, two potential new cases of the virus have occurred in the southern Ashanti region of Ghana. The patients were taken to a local hospital in the region with symptoms such as diarrhea, fever, nausea and vomiting.

The patients were not related to each other and subsequently died of the disease. Preliminary analysis of samples taken from patients gave positive results for the Marburg virus. The standard WHO procedure is now to send these samples to the WHO central office in Senegal for confirmation.

Before that, the Marburg virus was detected in West Africa only once. At the end of 2021, a farmer in Guinea died of an infection, but after careful WHO surveillance for several months, no new cases were detected.

Since its first appearance in the German city of Marburg in 1967, a little more than a dozen outbreaks of this deadly infection have been recorded. The most severe outbreak occurred in 2004/05 in Angola. By the time the outbreak was brought under control, 252 people had been infected, and 90 percent of them eventually died.

The Marburg virus is less studied than its more well-known relative Ebola, but both viruses have similar features. Infection occurs through body fluids, and the incubation period can last from 5 to 21 days. Severe hemorrhagic signs appear seven days after the onset of symptoms, and there are currently no treatments, vaccines or antiviral drugs for this pathogen.