In Ukraine, during the week of July 28 – August 3, 2022, Russian troops continued to commit crimes against the environment. According to KSE Institute estimates, the Ministry of regional integration and the Ministry of regional development as of August 1, at least 388 enterprises and 28 tank farms were damaged, destroyed or seized due to military operations in Ukraine. 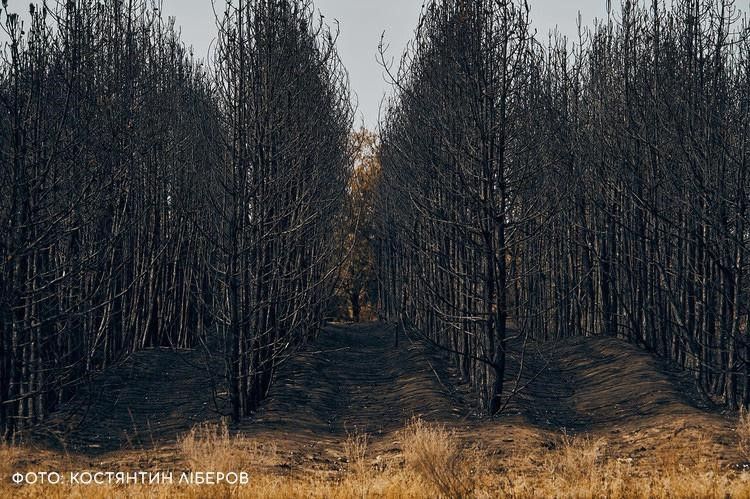 Starting from August 2, the updated Air Alert app will warn you about chemical threats and radiation hazards, as well as send text messages with recommendations for action, depending on the type of threat, Mindovkill reports.

Ukraine also enlisted the support of the Czech Republic for post-war environmental restoration.

The article stressed that every Ukrainian has the opportunity to report on the fact of an environmental crime using a web resource ecozagroza.gov.ua and the Ecozagroza mobile app.

US Secretary of State Anthony Blinken said on August 1 during a speech at the UN conference on the non-proliferation of nuclear weapons that artillery attacks carried out by Russian troops from the territory of Europe’s largest Zaporizhia nuclear power plant emphasize the irresponsible attitude of the Russian Federation to nuclear safety.

According to him, Russia uses the Zaporizhia NPP as a military base to fire at Ukrainians, realizing that they cannot and will not shoot back, as this threatens to accidentally hit a nuclear reactor or a storage facility for highly radioactive waste. This takes the concept of” human shield ” to a completely different, terrible, level.

On August 1, the director general of the International Atomic Energy Agency (IAEA), Rafael Grossi, expressed concern about threats to the nuclear and physical safety of the nuclear power plant. According to him, the situation at Zaporizhia NPP is becoming more and more threatening every day.

On July 31, Russian troops damaged a production building in the Nemyshlyansky District of Kharkiv. A large-scale fire broke out: equipment and finished printing products were burning.

On August 3, a Russian missile strike partially destroyed a factory in the Novobavarsky District of Kharkiv. The rocket hit one of the workshops, the area of which is 6 thousand square meters.m.

Large-scale fires at infrastructure and industrial facilities lead to poisoning of the air with particularly dangerous substances that can be carried by winds over long distances.

According to the state emergency service, from February 24 to August 3, 2022, 173,705 explosive objects, including 2,099 aerial bombs, were neutralized on the territory of Ukraine. An area of 67,440 hectares was surveyed.

According to the General Staff of the armed forces of Ukraine, in July, Russia launched 49 missile and 44 airstrikes on Ukraine.  Since the beginning of a full-scale invasion, the aggressor country has already fired more than 3 thousand missiles at Ukraine. 74% of them hit civilian infrastructure facilities – residential premises, schools, hospitals, shopping centers, cultural centers that have nothing to do with the war.

Emissions into the air after rocket attacks can lead to diseases and even death.

Rocket attacks and the resulting fires have the following environmental consequences::

According to estimates of the KSE Institute, the Ministry of regional integration and the Ministry of regional development, as of August 1, at least 129.9 thousand residential buildings were destroyed and damaged due to military operations in Ukraine, of which 114.7 thousand were private houses and 15.1 thousand were multi — apartment buildings. The destruction of buildings and settlements leads to environmental pollution from construction debris and asbestos. The consequences of such pollution for the environment will manifest themselves for years.

On July 27, Russian troops launched a mortar attack on the Shalyginsky Forestry district, in the Sumy region, right on the border with Russia. People were not injured.

On July 28, more than 20 missiles from S300/S400 anti-aircraft Missile Systems fell into a forest area near the Goncharovskaya territorial community of Chernihiv region.

On July 31, after a large-scale shelling of Mykolaiv region, forest fires broke out in the region. The Russians also shelled and damaged the territory of the Desnyansky-Starogutsky National Park in the Sumy region.

Since July 31, the Russian military has been shelling the Kinburn spit, which caused forest fires in large areas. Employees of the state security service of the regional landscape park, together with the local community, employees of the National Park and forestry, are involved in extinguishing fires and eliminating fires. But fires are emerging again, and pose a threat not only to natural complexes, but also to villages and people’s lives.

After fires, nature will be restored for decades. Burnt tree trunks of the dead Black Forest, if not removed, will turn into humus for years.

Russian troops are carrying out targeted strikes on infrastructure for water intake, treatment and supply, as well as sewage treatment plants. Due to Russian aggression, water supply and sanitation facilities in Luhansk, Donetsk, Zaporizhia, Kharkiv and Mykolaiv regions were significantly damaged.

According to the UN, about 13 million people in Ukraine need assistance to access water and sewerage. Among them are residents of regions whose infrastructure was damaged as a result of military operations, as well as Internally Displaced Persons in temporary shelters.

In June and July, mercury contamination, excess nitrogen and nitrite values, as well as traces of petroleum products that had never been recorded there before were found in the Seversky Donets Basin, where drinking water is taken for the entire Donetsk region.

In particular, in July, an 8.4-fold excess mercury concentration was found at the mouth of the Sukhoi Torets River (0.59 MCG/DM3 versus 0.07 MCG/DM3 permissible). In June, in the area of a drinking water intake near Slavyansk, ammonium nitrogen and nitrites were found in water samples, respectively, 2.4 and 2.8 times more than the long-term average values. Petroleum products were also found in the water at a concentration of 0.028 mg/DM3. In previous years, they were not found at all in the areas of surface drinking water intakes of the Seversky Donets. Probably, these are the consequences of fighting along the bed of the main river of the Ukrainian East.

Since the beginning of Russia’s full-scale war against Ukraine, at least 10 coal mines have been flooded in the Ukrainian government-controlled areas of Donbas as a result of shelling. Mine waters may contain polluting heavy metals.

Sea traffic from all Ukrainian ports in the Black Sea remains under threat due to mining.

On July 28, two people were blown up by a sea mine in Koblevo in the Mykolaiv region.

On July 28, a small hydrographic vessel near the mouth of the Bystry Danube River received a hole as a result of an explosion on an unknown explosive device.

On July 30, an anchor mine washed up on the coast in the Belgorod-Dniester region. A dangerous object was blown up right in the water – a few meters from the shore.

On July 31, as a result of a collision with an unidentified explosive device near the Danube mouth, the pilot boat “Orlik”received a hole Bystro. Passage through the Bystry Estuary was temporarily restricted for ships. On August 2, a floating crane was blown up on an unknown device in the same place.

Dolphins continue to die in the Black Sea due to fighting. On July 29, several dead dolphins – azovka and belobochka-were found on the coast of the National Nature Park “Tuzlovskie limany”, and another dead belobochka was taken out to the beach in Odessa. Since the beginning of the war, 32 dead dolphins have already been found in part of the territory of the Tuzlovskie limany National Nature Park.