Due to Russian airstrikes on oil depots and infrastructure facilities, an extremely large amount of pollutants and greenhouse gases enters the air, reports ecopolitic.com.ua. 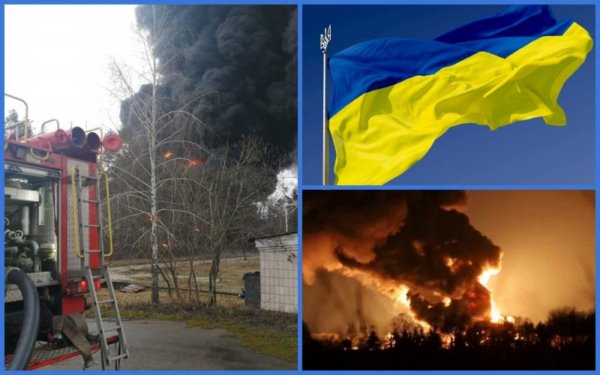 The armed aggression of the Russian Federation, which it has launched in Ukraine, exacerbates the climate crisis in the world.

This was stated by adviser to the minister of Environmental Protection and natural resources of Ukraine Serhiy Vlasenko at the 15th session of the Conference of states parties to the UN Convention on the rights of persons with disabilities in New York.

“The war in Ukraine is the first military conflict of this level in the XXI century. Due to Russian airstrikes on our oil depots and infrastructure facilities, an extremely large amount of pollutants and greenhouse gases enters the air. At the same time, Russia is destroying Ukrainian forests, wetlands, Meadows and pastures, which are the main carbon sinks. This affects climate change, ” Vlasenko said.

The adviser to the minister noted that currently, to assess environmental damage and calculate greenhouse gas emissions, Ukraine collects and analyzes information using satellite images, in particular data from the Copernicus system.

At the session, the Ukrainian representative stressed that it is important for our country to introduce new approaches and create methods for calculating losses from military operations and further inform the world about the aggressor’s crimes.