The results of a new study have shown that the ability of modern people to digest lactose appeared as a result of hunger and infectious diseases many thousands of years ago. Only those who had the necessary gene could survive. 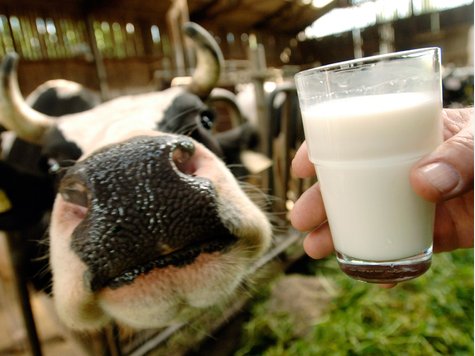 Lactose intolerance is a condition in which the body lacks the enzyme lactase. As a result, all products containing dairy components of animal origin cause an upset stomach in a person with intolerance.

Previously, it was thought that the genetic variation that allows humans to digest lactose developed at the same time when we started drinking animal milk. However, a new study by English scientists has shown that everything was not quite so.

What scientists have discovered

English researchers from the University of Bristol and University College London found out that the lactose tolerance gene did not appear in people immediately. For several thousand years in a row, people drank milk and suffered from symptoms of intolerance, but the tolerance gene began to spread only when the intolerance became fatal.

The enzyme that digests lactose is called lactase, and it is produced in the small intestine during fetal development. After the cessation of breastfeeding, lactase ceases to be produced in the body of children, and therefore they can no longer digest the lactose contained in dairy products. In this case, when lactose enters the large intestine, unpleasant symptoms occur, such as bloating, diarrhea or flatulence.

However, as a result of evolutionary development, some people have a gene responsible for the production of lactase in adulthood. Previously, scientists believed that this happened when people began to regularly consume dairy products, that is, about 10 thousand years ago.

But everything turned out to be much more complicated — English researchers found out that the lactose tolerance gene appeared and spread about 5 thousand years ago, that is, millennia before that, people drank milk despite unpleasant sensations. The turning point was the time when people suffered from severe hunger and infectious diseases — in this situation, the body, weakened by illness and lack of food, simply could not tolerate diarrhea. Therefore, people with lactose intolerance died quickly. Only those who managed to develop the tolerance gene, which they subsequently passed on to their children, survived.

What Darwin was wrong about: The Secrets of Evolution

What Darwin was wrong about: The Secrets of Evolution