President Volodymyr Zelensky said that the Russian military machine is not just a human horror, but also an environmental catastrophe for Ukraine. 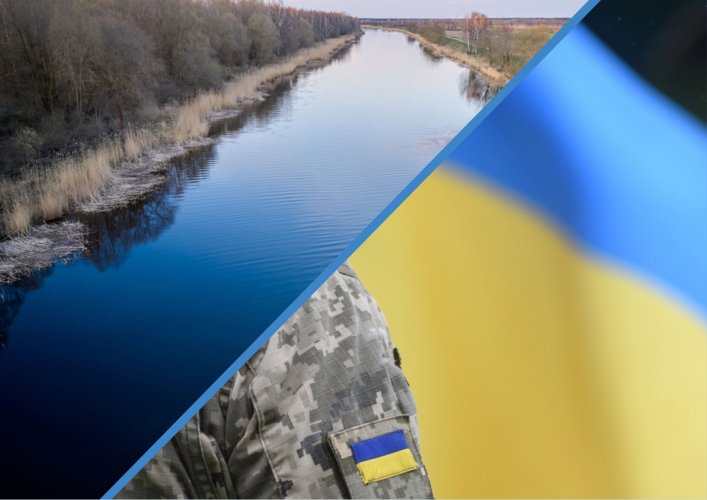 This statement was made by the head of state at the GLOBSEC International Security Forum in Bratislava (Slovakia), VICE reports.

“One of the most important targets for the Russian army in Ukraine today is bridges over rivers. It happens that the Russian army launches missile strikes on the same bridge three times in order to completely destroy it. It is also impossible to overestimate the threat that Russia’s aggression has created for the water potential of our entire part of Europe – the center and East, the Black Sea basin,” Zelensky said.

The Ukrainian President stressed that the nature of the fighting of the Russian troops is frankly barbaric. “They just destroy absolutely everything. Both residential buildings and industrial enterprises are being brutally bombed. In particular, environmentally hazardous chemical production, metallurgical plants, etc.,” Zelensky said.

He recalled that the fighting in the Donbas since 2014 has created a threat of contamination of underground water. If the flooding of coal mines in the Donbas continues – and among them there is, for example, the Yunkom mine, where an underground nuclear explosion was carried out in 1979 – then poison and even radioactive contamination can get not only into the rivers of Ukraine, but also into the Black and Azov seas.

“In order for the Danube to remain clean and safe, so that its economic potential, in particular transport, works at full capacity, we need the cooperation of all the countries to which nature has given this river. This means that unity is needed. Understanding is required. You need the ability to speak and negotiate for the sake of a common interest. And these are key things for a peaceful and free life in Europe. This is what Slovakia can do. This is what Ukraine can do. This is what other states – our partners-can do. And this is something that Russia deliberately ignores,” the president of Ukraine said.

Informing our partners about the security challenges associated with Ukrainian water areas, the president also mentioned Russia’s blockade of Ukrainian ports. He stated that because of this act of aggression by the Russian Federation, the world is on the verge of a food crisis.

“We must provide answers to all the challenges and dangers that the Russian Federation has created for us. Politics, economy, military sphere, food, ecology, migration – there is no area of our life in which there would not be a catastrophe, crisis, threat of catastrophe or crisis as a result of Russia’s actions,” Zelensky said.