Do you see blood when you brush your teeth? It is better not to ignore this symptom and immediately figure out why your gums are bleeding. 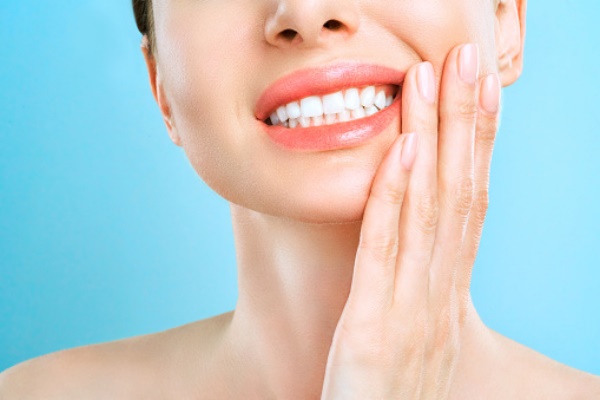 Why are the gums bleeding

A dentist can definitely determine why your gums are bleeding, but the most common reasons are:

This is an early stage of gum disease. With gingivitis, there is a constant bad breath, swollen, red and painful gums, as well as bleeding when brushing or flossing.

Gingivitis is more common than you might expect. According to the CDC, almost half of adults over the age of 30 have it. The good news is that if you notice the disease at an early stage, it is curable.
Periodontitis

Periodontitis is a later stage of gum disease when inflammation spreads beyond the gums to the bones. In this case, teeth are already beginning to fall out, and bad breath, bleeding and sore gums are only getting worse. At this stage, it is necessary to consult a doctor.
Vitamin deficiency

Did you know that your diet also affects gum health? So a lack of vitamins C and K can lead to bleeding gums. Vitamin C is necessary for the production of collagen, which supports optimal gum health, and vitamin K affects blood clotting, can reduce the likelihood of bleeding gums.
Pregnancy

In pregnant women, the gums bleed more often. According to the American Dental Association, hormonal fluctuations lead to increased blood flow and gum sensitivity, which makes them prone to bleeding.
Smoking

Smoking is associated not only with an increased risk of darkening of tooth enamel and the development of caries. It can also affect gum health. According to the CDC, smoking is one of the main risk factors for progressive gum disease. Ask for help to quit smoking if you want to have a healthy smile.
Excessive brushing of teeth

Poor oral hygiene is the main cause of bleeding gums, but did you know that excessive brushing of teeth can also be a problem? According to the American Dental Association, if you clean too hard, it can lead to bleeding gums.
What to do if the gums bleed

If certain measures are taken at an early stage, negative consequences can be avoided. So what can be done?

Brush your teeth twice a day

Regular brushing of teeth makes your smile beautiful and supports gum health. The American Dental Association recommends brushing your teeth twice a day for two minutes. When cleaning, use gentle circular movements and take your time. If you are afraid that you are pressing too hard on the gums, choose a toothbrush with soft bristles or purchase an electric toothbrush with a pressure sensor to improve your technique.

Flossing is a great way to remove bacteria from hard—to-reach places. Be careful not to press the dental floss against the gum line, so as not to accidentally injure yourself.

Tobacco use is the main cause of gum disease. Quitting smoking can significantly reduce the risk of bleeding gums and other oral health problems.

Stick to a nutrient-rich diet

Focus on a balanced diet to get enough of the necessary trace elements. In particular, pay attention to vitamin C. Eat more oranges, broccoli and bell peppers. Vitamin K is also your friend in solving problems with bleeding gums — there are a lot of leafy greens, such as cabbage and spinach.

Do not forget to visit the dentist regularly. They can monitor the condition of your gums during the examination and identify any problems at an early stage.

What is fiber and why is it needed

What is fiber and why is it needed