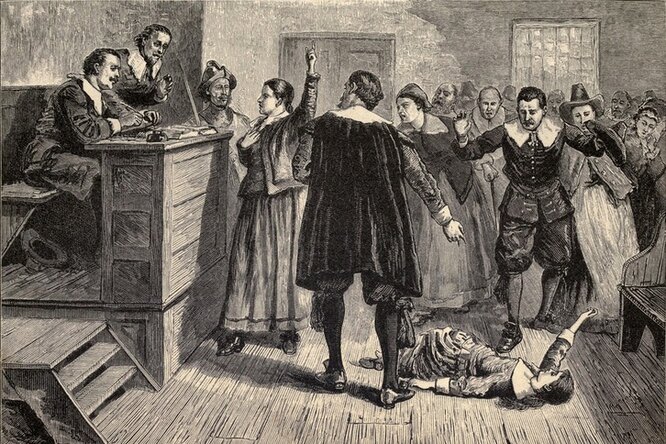 Elizabeth Johnson was branded a witch during a witch hunt in 1693 along with 29 other women who were later rehabilitated. Johnson remained the last official “witch” in the state for 329 years. Johnson was not executed, but she was not officially pardoned. It is believed that the woman died in the mid-1700s and was buried in an unmarked grave.

The campaign was led by teacher Carrie Lapierre and her class (mostly 14-year-olds), who for three years sought to clear Johnson’s name.

The Salem Witch trials were an infamous series of accusations and executions, mostly of women wrongly accused of Satan worship and witchcraft. From February 1692 to May 1693, more than 200 people were accused of witchcraft. Of these, 30 people were found guilty, 19 people were executed by hanging, and five died in prison. One man refused to defend himself in court and did not admit the charges – he was crushed by stones.

The vast majority of trials and executions took place in the village of Salem, making Massachusetts the site of one of the most famous witch trials in history.

Of the 200 accused, 78% were women. This is due to the fact that previously women were considered more sinful and prone to Satanism. Such justification, according to Carrie Lapierre and the politicians who acquitted the last “witch”, is closely related to women’s rights, both historical and real.