Dog owners know how pets are able to “make eyes”. One eyebrow goes up, and the look becomes so sad… How did animals learn to do this? A new study has finally identified the exact anatomical features that may explain why dogs’ muzzles are able to repeat human facial expressions. 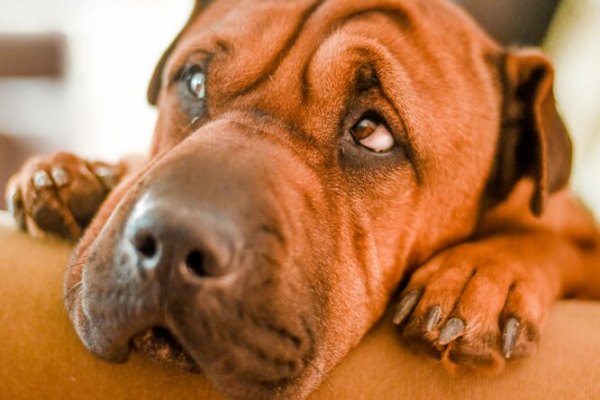 Researchers from Duquesne University in Pittsburgh, USA, found that dogs have the same muscles on their muzzles as humans, which allows them to form expressions close to human facial expressions. Scientists believe that people intentionally left (brought out) animals with traits similar to their own, which led to the appearance of a characteristic feature of dogs that wolves do not have.

“Throughout the domestication process, humans may have bred dogs selectively based on their facial expressions that were similar to their own, and over time, canine muscles may have evolved to find a common language with humans more quickly,” said Professor Ann Burrows, senior author of the study.

In the course of the study, scientists set out to understand why the expression of the muzzle of dogs is so attractive to people. “Dogs differ from other mammals in their connection with humans, which can be seen even in a simple glance. We don’t see this relationship between humans and other domestic mammals, such as horses or cats,” explained Professor Burrows.

The team focused on the anatomy of the facial muscles of both dogs and wolves. If we talk about people, then we are dominated by “rapidly contracting” myosin fibers. They move fast, but they also get tired quickly. This explains why it is difficult for us to maintain facial expressions for a long time. On the contrary, “slowly contracting” myosin fibers do not get tired so quickly.

Their analysis showed that, like humans, both dogs and wolves have facial muscles dominated by rapidly contracting myosin fibers. However, it was found that wolves have a higher percentage of slowly contracting fibers than dogs.

“These differences suggest that having faster muscle fibers contributes to a dog’s ability to communicate effectively with people [respond faster to human facial expressions],” Burrows said.

By the way, during a previous study, the team found that dogs have an additional facial muscle that helps dogs build “puppy eyes”. Wolves don’t have such a muscle.